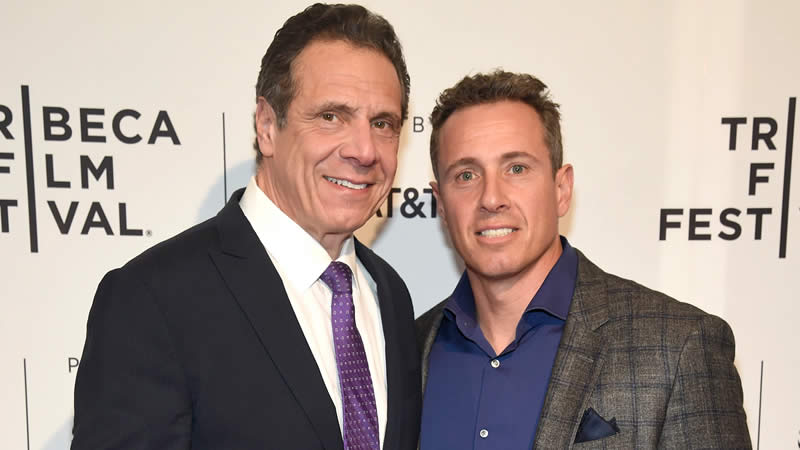 Chris Cuomo finally broke his on-air silence over his brother’s s*xual harassment issue and subsequent resignation on Monday night, saying that network standards prevented him from reporting the breaking news.

Cuomo said at the end of his 9 p.m. show, “I never covered my brother’s troubles because I obviously have conflict, and there are rules at CNN about that,” “My position has never changed. I never misled anyone about the information I was delivering or not delivering on this program.”

The CNN host made his comments after his brother, Governor Andrew Cuomo, announced his resignation following a damning official report by state Attorney General Letitia James concluding that he s*xually assaulted many women.
After the s*xual harassment allegations arose earlier this year, Chris Cuomo was criticized for neglecting to address the governor’s mounting scandal and for encouraging his brother.

He downplayed the chats he had with his brother during that time as simply brotherly counsel on Monday night.
He said on-air, “I never reported on the scandal. And when it happened, I tried to be there for my brother. I’m not an advisor, I’m a brother. I wasn’t in control of anything. I was there to listen, offer my take.”

Despite the obvious conflict of interest, Chris Cuomo had the governor on his program several times during the peak of the pandemic, and the two would make fun of each other and exchange cringe-worthy banter.

Chris Cuomo joked about the governor’s nose size on one of his shows, holding up an enlarged cotton swab that he claimed might have been used on him for his COVID-19 test – according to the report.

“I said last year that his appearances on this show would be short-lived,” the younger Cuomo said Monday night. “And they were. The last was over a year ago, long before any kind of scandal.”

The CNN host said, “I also said back then that a day would come when he would have to be held to account and I can’t do that.”

He also admitted that he urged his brother to resign, saying it “was something I never imagined having to do.”

Chris Cuomo apologized on-air to his network colleagues last May for putting them in a terrible place but insisted that he never tried to sway the cable network’s coverage of the governor — statements he repeated on Monday.

The news anchor has been thrust into the spotlight on several occasions as a result of his sibling’s downfall.

The AG report acknowledged his contribution to the governor’s response to the allegations.

His older brother, who allegedly gave special treatment to family members and friends during the early days of the pandemic a year ago, was also said to have provided him with VIP benefits.

The source NY POST states, last March, an aide to New York’s health commissioner allegedly gave Chris Cuomo a COVID-19 test at his Long Island home and hurried it to a state laboratory for processing.