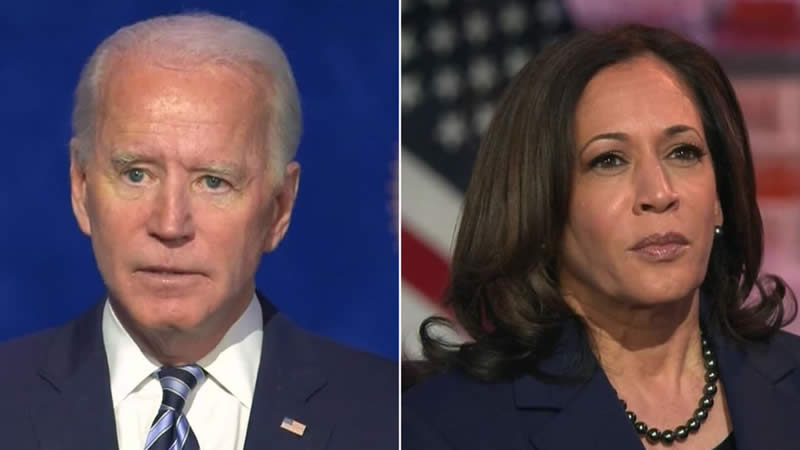 The poll results continue to give a clear picture of the American people’s feelings toward Joe Biden.

The popularity of the man who allegedly received 81 million votes in last year’s presidential election is decreasing rapidly.

Biden’s approval ratings are falling so quickly that it appears even Kamala Harris is no longer appearing publicly with him.

Harris is said to have chosen to distance herself from Biden as his approval rating declines.

To put this in context, Harris, and Biden appeared publicly together 18 times in February when Biden’s support rating was allegedly above 50%.

Month after month, those appearances have decreased, correlating with the declining approval rating.

Harris has only made two public appearances with Biden, one in September and one in October.

On August 30th, Biden’s approval rating fell below his disapproval rate for the first time.

As Fox News host Greg Gutfeld put it, “Kamala Harris is looking for the lifeboats on Biden’s sinking ship:”

Vice President Kamala Harris has been noticeably absent from President Biden’s side during recent public appearances, which is a stark contrast to their early weeks in the White House where the two were seen together multiple times in a month, the panel on “The Five” discussed Tuesday.

“Kamala Harris is looking for the lifeboats on Biden’s sinking ship,” host Greg Gutfeld remarked, adding that the California Democrat appeared to be hoping for “fun jobs” as second-in-line to the presidency while “shunning public events with the ‘Big Guy.’”

Here’s more on the Harris Biden split from our friends at the New York Post:

• There appears to be a growing visible distance between Vice President Kamala Harris and President Biden, as their joint appearances together dropped from 38 in February to just seven so far this month, amid Biden’s rapidly declining poll numbers.

• As the administration juggles several different crises from the border to the supply chain, the executive branch duo only appeared together once in September (marking 9/11) and once in October (the anniversary of Martin Luther King’s memorial dedication).

• The joint appearances are only a few out of the 486 public and private events Harris participated in during the first nine months on the job. Most recently, she has been traveling across the country to promote Biden’s Build Back Better agenda.

• A former adviser for Harris told the Los Angeles Times that the vice president is allegedly annoyed that “she hasn’t been given any all-star portfolio,” adding that Biden and Harris are divided by a lack of trust.

Harris might be able to read the writing on the wall.

Biden’s approval rating fell by the most in any administration since World War II in the first 9 months.

The issue for Harris is that she may be just as unpopular without Biden.