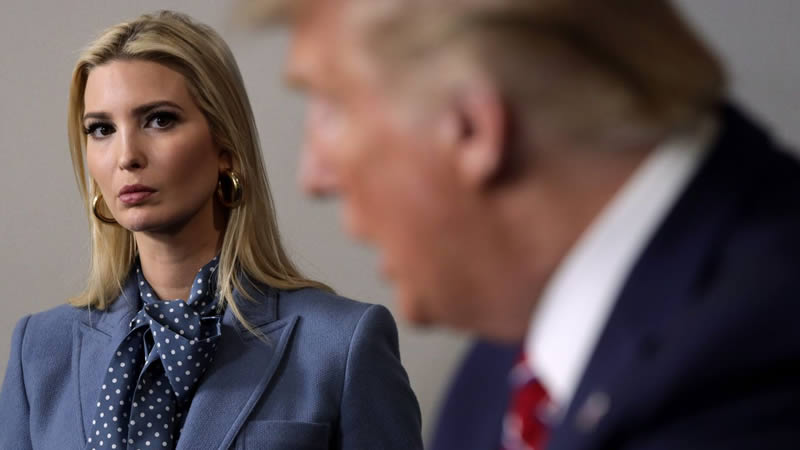 Members of the House Select Committee looking into the deadly Capitol insurgency on January 6th stated on Sunday that they have “critical testimony” about interactions between Donald Trump and others on the day of the attack, including his daughter Ivanka Trump.

Rep. Liz Cheney (R-WY), the panel’s vice-chair, told ABC News that the panel has “firsthand testimony” that Trump’s daughter and then-senior adviser Ivanka pushed him to act during the incident. The panel has “significant testimony” suggesting the White House “had been told to do something,” according to Committee Chairman Bennie Thompson, a Mississippi Democrat.

“We have firsthand testimony that his daughter Ivanka went in at least twice to ask him to ‘please stop this violence,’” Rep. Cheney told ABC News.

As per Hillreporter, the books “I Alone Can Fix It,” by Washington Post writers Carol Leonnig and Philip Rucker, and “Peril,” by Post journalists Bob Woodward and Robert Costa, detail some of these interactions. Ivanka Trump attempted to intercede three times, each time speaking with her father. She advised him, “Let this thing go.” According to “Peril,” she said, “Let it go.”

Rep. Thompson told CNN’s Dana Bash on “State of the Union” Sunday: “We have significant testimony that leads us to believe that the White House had been told to do something. We want to verify all of it so that when we produce our report and when we have the hearings, the public will have an opportunity to see for themselves.” He added, “The only thing I can say, it’s highly unusual for anyone in charge of anything to watch what’s going on and do nothing.”

On Sunday, the chairman stated that the panel has “some concerns” about possible financial fraud by Trump and his allies in connection with the insurrection. “It’s highly concerning on our part that people raise money for one activity and we can’t find the money being spent for that particular activity,” he said. “So we’ll continue to look at it and the financing is one of those things we will continue to look at very closely.

He also wouldn’t say if the panel is planning to subpoena members of Congress, such as Trump ally Rep. Jim Jordan of Ohio, to cooperate with the committee. “I would hope that those individuals who took an oath of office as a member of Congress would come forward,” he said. “That’s why we’ve asked them to come voluntarily.”

Watch Rep. Thompson during his Sunday appearance on MSNBC, below.