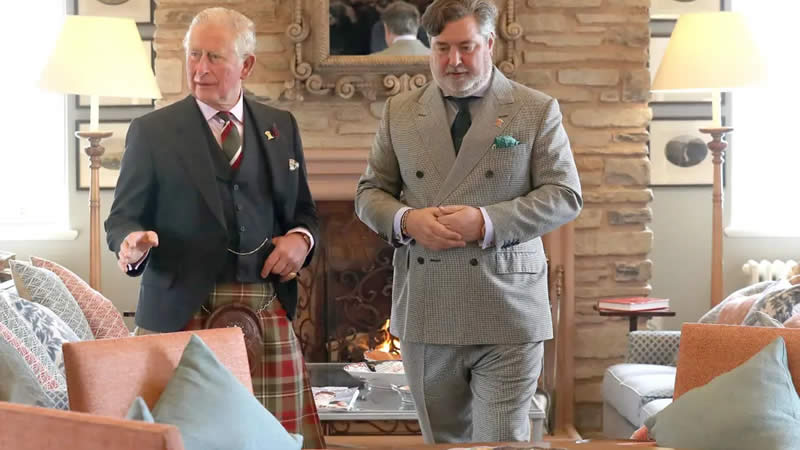 Mahfouz Marei Mubarak bin Mahfouz, a Saudi Arabian billionaire, is said to have paid tens of thousands of dollars to secure special honor.

Michael Fawcett, Prince Charles’ long-time aide, stepped down as head of the Prince’s charity amid allegations that he used his position to help a Saudi millionaire get a “golden visa.”

According to a report in The Sunday Times, Saudi Arabian billionaire Mahfouz Marei Mubarak bin Mahfouz paid tens of thousands of dollars to earn the title of honorary Commander of the Most Excellent Order of the British Empire [CBE], one of the highest accolades for non-British citizens.

Fawcett was paid to arrange the title and assist Mahfouz in obtaining a “golden visa,” which he hoped would allow him to gain UK citizenship and residency, the report alleges.

At a private ceremony at Buckingham Palace in 2016, the Prince personally presented Mahfouz with the award.
As per The Times, the ceremony was not listed on the official list of royal engagements.

Mahfouz, who denies any wrongdoing, has been one of the prince’s charities biggest donors, with a forest named after him. He is said to have donated more than $2 million to help with restoration projects at the prince’s estates among other charities.

The Saudi claims he is an “honorable philanthropist.” Leaked emails obtained by The Times names Fawcett as the middleman and clearly shows that the donations were in exchange for the OBE award.

One email between a paid advisor of Mahfouz and William Bortrick, the owner of Burke’s Peerage publication, says the award was “promised to MBM [Mahfouz Bin Mahfouz] to get the £1.5 million he paid for Dumfries [House] and [The Castle of] Mey,” two of the Prince’s projects, according to The Times.

“MF [Michael Fawcett] needs to keep to his side of the bargain and sort out the Hon OBE immediately; then assist with citizenship,” Bortrick added.

Fawcett was successful in arranging a meeting between the Prince and Mahfouz, which resulted in his award.
Fawcett has aided The Prince Foundation for most of the last decade and has been described as an “indispensable” aide by the Duke of Wales.

Following allegations of mismanagement, the royal aide departed from Charles’ service in 2003.

The Prince Foundation is an umbrella organization for a number of charities, projects, and educational opportunities based at Scotland’s historic Dumfries House estate.