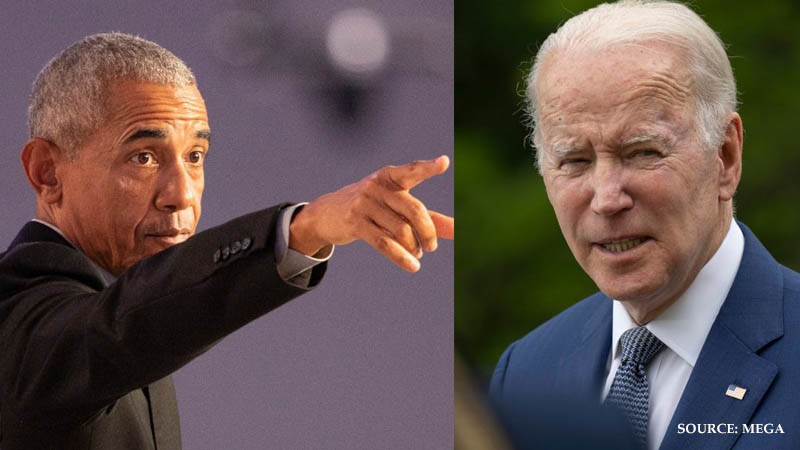 One of President Barack Obama‘s most trusted advisers has come out against President Joe Biden, the Obama administration’s president.

Biden, 79, is too old for a second term, according to David Axelrod, the senior strategist for Obama’s two winning presidential campaigns.

Powerbroker Axelrod described the commander-in-chief as an over-the-hill politician who should be sent to a retirement home, according to the New York Times as part of a bombshell report detailing how Democratic officials are trying to convince Biden to step down in the 2024 election, as per Radar Online reports.

“The presidency is a monstrously taxing job and the stark reality is the president would be closer to 90 than 80 at the end of a second term, and that would be a major issue,” said Axelrod, a former White House official.

Despite his gaffes, Axelrod did not fully criticize Biden, claiming that the man who forced Donald Trump out of the White House is as sharp as a tack.

“Biden doesn’t get the credit he deserves for steering the country through the worst of the pandemic, passing historic legislation, pulling the NATO alliance together against Russian aggression, and restoring decency and decorum to the White House,” Axelrod added.

“Part of the reason he doesn’t is performative. He looks his age and isn’t as agile in front of a camera as he once was, and this has fed a narrative about competence that isn’t rooted in reality.”

While Obama has stated many times that choosing Biden as his running mate in 2008 was the “best decision he ever made,” tensions between the two political dynasties have risen in recent years.

Obama is said to have said that Biden may “f*** things up” and given his one-time right-hand man a lukewarm endorsement in the 2020 presidential election. When Obama paid an official visit to 1600 Pennsylvania Avenue in April, everything came to a head.

According to the website OK!, an awkward video emerged of audience members swarming Obama while a sullen-looking Biden stood off to the side alone. Biden was also seen going around alone before putting his palms up in confusion.

As Obama made his first public appearance at the White House, Kamala Harris chuckled as well  since leaving office in 2017, telling the crowd: “Feels good, doesn’t it?”

It left the Biden camp “peeved” at Harris. “It was a comment that simply wasn’t needed,” a source said at the time.

“Peeved? Yes, I think many aides to Biden were. That the Vice-President would undercut the credibility of President Biden with the suggestion that it feels good to have him back in the most powerful place in the United States truly does beggar belief. She was fawning over him.”

Obama’s aides often derided Biden as “like an elderly uncle at Thanksgiving, [who] would launch into extended monologues that everyone had heard before.”

Hundreds of “frustrated” officials, including members of Congress, turned on Biden in the report, claiming they don’t believe he can save the party and take the fight to Republicans, as Radar previously reported.

The dramatic infighting includes “nearly 50 Democratic officials from county leaders to members of Congress” who all agreed they were “extraordinarily pessimistic about an immediate path forward.”

Biden’s support ratings have plunged as a result of repeated failures to pass legislation, a four-decade high inflation rate, and rising gas prices, according to angry Democrats.

In a startling twist, the attempted assassination of Biden is being carried out by a mob of faceless men and women! According to the New York Times, people “reluctant to speak on the record about Mr. Biden’s future” were quoted.

“No one interviewed expressed any ill will toward Mr. Biden,” the Times said, “to whom they are universally grateful for ousting Trump from office.”

Arnold Schwarzenegger Revealed Donald Trump’s Hypocrite Behaviour Towards Him After One Phone Call: “Very Mean-Spirited”
Trump Trapped By ‘Ego’ In 2020: “He can’t admit his tweeting and narcissism turned off millions”