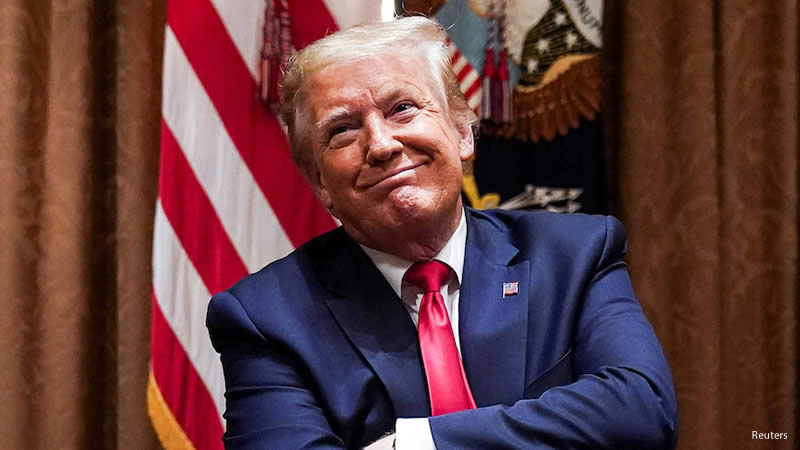 “No, I don’t think it’s a good idea for a leader that’s setting an example for the country or the party to meet with (an) avowed racist or anti-Semite. And so it’s very troubling and it shouldn’t happen and we need to avoid that kind of empowering the extremes,” Hutchinson said in his interview for CNN’s “State of the Union.”

According to the New York Post, Hutchinson warned Trump, who soon started his third presidential campaign, to “stay away” from extremists.

The Arkansas governor also said that his state had previously punished a white supremacist during an armed standoff.

Comer went on to say that he didn’t want to meet with either Fuentes or Ye.

The meeting was also called out by Ohio Rep. Max Miller, who was backed by Trump in the midterm elections.

Fuentes’ “kind of hate has no place in our public discourse,” according to Miller, who lost a family in the Holocaust.

According to ABC News, Trump met with the two controversial people, as well as Florida Republican political operative Karen Giorno, in his Florida residence on Tuesday for over two hours.

Trump said on his Truth Social account on Friday that Ye invited him to dinner but that he had no idea the rapper would bring other guests, including Fuentes.

“This past week, Kanye West called me to have dinner at Mar-a-Lago. Shortly thereafter, he unexpectedly showed up with three of his friends, whom I knew nothing about,” Trump said.

According to an unnamed source, during the meal, Ye requested Trump to nominate him as his vice president for the 2024 presidential elections.

The next day, Trump referred to Ye as a “seriously troubled man” and blamed him for bringing Fuentes to the dinner.

He was banned from Twitter in October for tweeting anti-Semitic remarks such as “going death con 3 On Jewish people.” According to Forbes, Ye lost his billionaire status after Adidas, Balenciaga, and Gap cut ties with him due to his anti-Semitic views