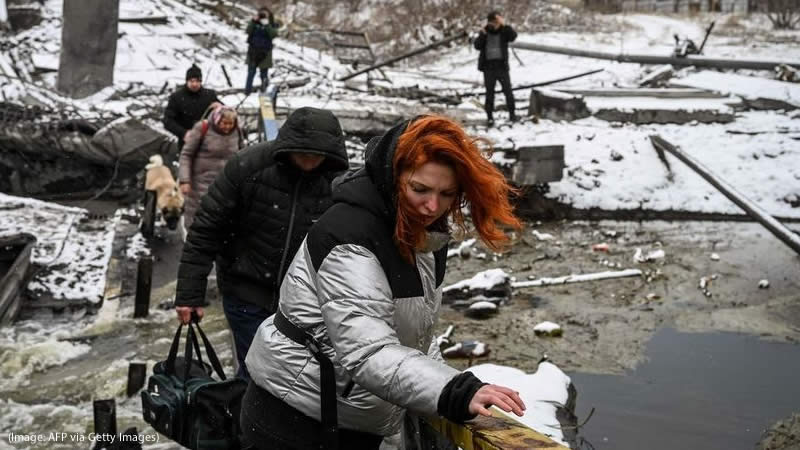 According to a Ukrainian legislator, Ukraine would “not be silent” about the “horror” of rapes committed against women during the Russian invasion.

While one particularly horrible example has been widely discussed, Ukrainian MP Maria Mezentseva claims that there are “many more victims” who will want assistance in the future.

She was referring to a case being investigated by Ukraine’s prosecutor in which a lady was allegedly sexually assaulted in front of her child.

Ms. Mezentseva, the head of Ukraine’s permanent delegation to the Council of Europe’s Parliamentary Assembly, stated that details of occurrences must be recorded as they occur because “justice has to prevail.”

She told Sky’s Sophy Ridge On Sunday program: “There is one case which was very widely discussed recently because it’s been recorded and proceeded with (by) the prosecutor’s office, and we’re not going into details, but it’s quite a scary scene when a civilian was shot dead in his house in a small town next to Kyiv.

“His wife was – I’m sorry but I have to say it – raped several times in front of her underage child.”

Ms. Mezentseva, speaking to Sky from western Ukraine, said the country might learn from other countries’ experiences, such as the United Kingdom’s, in assisting victims of war.

She said: “There are many more victims rather than just this one case which has been made public by the prosecutor general.

“And of course, we are expecting many more of them, which will be public once victims will be ready to talk about that.”

She insisted: “We will definitely not be silent.”

As per Inews, she called war “violence,” but added that this incident is “horror,” and wondered how a youngster would cope after witnessing something so distressing.

The MP added: “That’s why you know when we’ve been talking to Boris Johnson, when we will be talking to your Home Office, when we’ve been talking to MPs of UK, we’ve also raised this issue that this aftermath, which we are dealing with right now, the aftermath of war, has to be taken very cautiously, very seriously, and to take into account the UK experience and experience of other countries, which can help us in dealing with psychologists, and how to help these people to actually live over these cases, to keep going afterward, to keep living.”

Dr. Jill Biden has Devised new Rules in preparation for a White House
Video: War Between Russia and Ukraine Turns Kharkiv Metro into a Bomb Shelter