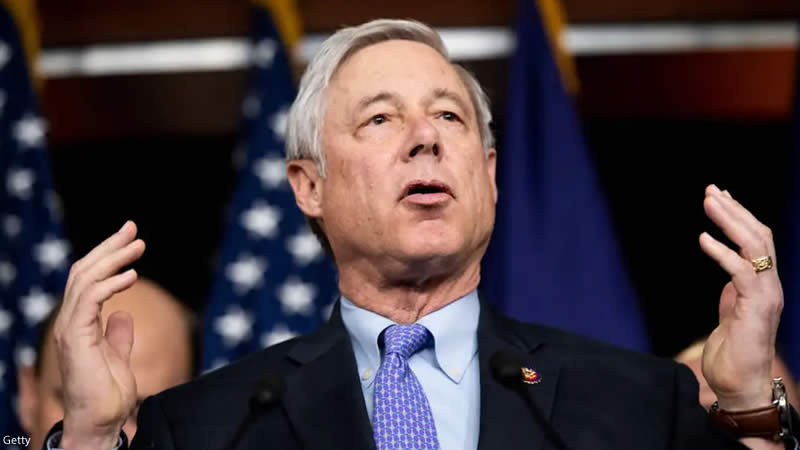 Representative Fred Upton, a Republican from Michigan, slammed the “MTG element,” referring to Republican Representative Marjorie Taylor Greene of Georgia, saying she and others make it “hard” to govern.

Upton was one of ten Republicans in the House who voted to impeach former President Donald Trump for inciting his supporters to attack the United States Capitol on January 6, 2021. After more than three decades in Congress, the Michigan Republican announced his retirement on April 5 in the face of a Trump-backed opponent and redistricting that significantly altered his component base, according to News Week.

In an interview with NBC News’ Meet the Press, the Republican lawmaker expressed confidence that his party will retake control of the House after the midterm elections later this year. Upton added, however, that whether Republicans can govern effectively will be determined by the type of majority they hold.

“He can if he gets the margin,” Upton responded. “That’s why this over-under number is so important. Are we [Republicans] going to be over or under 230 [seats after the midterms]? If it’s under 230—it will be very hard to govern for Republicans if we’re under 230 knowing that we’ve got the MTG element that’s really not a part of a governing majority.”

Upton went on to say that he doesn’t believe Republicans have ever elected “as many” representatives to Congress in “that wing” of the party, referring to Greene as well as Representatives Lauren Boebert of Colorado and Paul Gosar of Arizona. “I think they’re very popular back at home,” he pointed out.

Asked by Todd what that tells him about the Republican Party, Upton replied: “Troubled waters, I guess you could say.”

Greene, Gosar, and Boebert, along with several other prominent Trump supporters, have faced significant criticism during their time in Congress. In late February, Gosar and Greene spoke at a white nationalist event, drawing criticism from both Republicans and Democrats. Boebert and Greene have also been widely associated with the QAnon conspiracy theory, despite the fact that the two Republican lawmakers have stated that they do not believe in it.

Greene was expelled from her House committee assignments in early February 2021 after bizarre conspiracy theories she encouraged on social media resurfaced. Previously, the Republican congresswoman harassed a Parkland shooting survivor and appeared to support a death threat against House Speaker Nancy Pelosi, a California Democrat. Upton was one of 11 House Republicans and Democrats in favor of the decision to remove Greene from her committee roles.

“UPTON QUITS!” Trump said in a statement after Upton announced his retirement earlier this month,”4 down and 6 to go. Others losing badly, who’s next?”

The former president has repeatedly accused the ten House Republicans who voted with Democrats to impeach him for the second time. Except for Republican Representative David Valadao in California, he has backed primary challengers to all of them.

“Someone asked my wife Amey what would be the next chapter? She responded, ‘And they lived happily ever after.’ Indeed we will. I thank Amey, our two kids and three grandkids for giving me so very much to look forward to,” Upton said as he announced his retirement in a House floor speech. “Thanks again to the people of my district who placed their faith and confidence in me all these years.”

Democrats and Biden are in Election Trouble Because the Reliable Hispanic vote is in Jeopardy: “We’ve just got to do it.”
McCarthy thinks Biden should have helped Ukraine sooner, despite Trump’s decision to withhold aid from the country in 2019