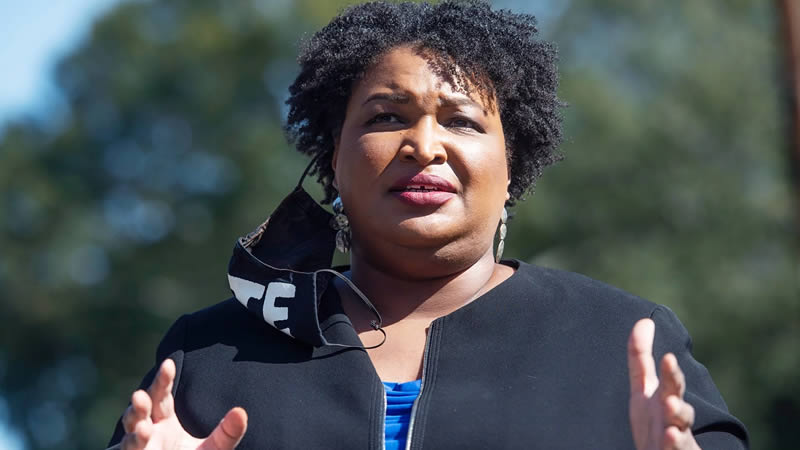 ‘Concession means to acknowledge an action is right, true, or proper…’

Stacey Abrams, a failed gubernatorial candidate who recently announced a new bid for Georgia’s governorship, claimed she did not challenge the results of the 2018 gubernatorial election after Republican Gov. Brian Kemp won.

“On the 16th of November when I acknowledged that I would not become governor, that [Kemp] had won the election, I did not challenge the outcome of the election unlike some recent folks did,” Abrams told MSNBC’s Rachel Maddow, seemingly referring to former President Donald Trump’s legal challenges of the 2020 presidential election.

During the 2018 election, Abrams accused Kemp, without evidence, of suppressing the vote and using dirty tactics to win the election while he was Georgia’s secretary of state. Even after admitting Kemp won, she refused to concede the election because “concession means to acknowledge an action is right, true, or proper.”

“I legally acknowledge that Brian Kemp secured a sufficient number of votes under our existing system to become the governor of Georgia,” she said in a 2019 interview. “I do not concede that the process was proper, nor do I condone that process.”

Abrams announced her intention to run for governor again, setting up a potential rematch with Kemp.

“If our Georgia is going to move to its next and greatest chapter, we’re going to need leadership,” she claimed in a video announcing her campaign.

Will Epstein’s Rich & Powerful Friends Be Revealed in the Maxwell Trial, or Will It Be Another Cover-Up?
Sunrise’s Co-Host Natalie Barr Shares her Embarrassing Story about Phone Call With the ‘Well-Hung Guy’