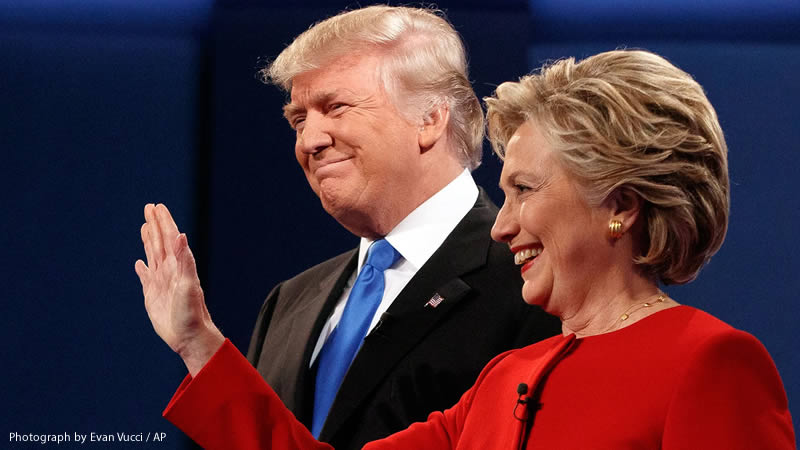 Former President Donald Trump accused Hillary Clinton’s campaign operatives of spying on him and suggested they should be executed.

According to Fox News, Trump issued a statement on Friday in response to a court filing by Special Counsel John Durham alleging that the Clinton campaign paid a technology company to “infiltrate” servers belonging to Trump Tower and later the White House in order to link Trump to Russia.

Trump said on Saturday that the filing provided “indisputable evidence that my campaign and presidency were spied on by operatives paid by the Hillary Clinton Campaign.”

“This is a scandal far greater in scope and magnitude than Watergate and those who were involved in and knew about this spying operation should be subject to criminal prosecution,” Trump said in the statement.

“In a stronger period of time in our country, this crime would have been punishable by death.”

The former president added that he believed reparations should be paid to “those in our country who have been damaged by this.”

The decision was applauded by then-President Trump, who said he hoped Durham would “go after” former FBI Director James Comey, Deputy Director Andrew McCabe, and others he blamed for the Mueller investigation.

Durham charged Michael Sussman, a Democratic-affiliated lawyer, with one count of lying to the FBI last year.

Durham accused Sussman of making a false statement by saying he was not representing a client in presenting information to the FBI, alleging a “secret communications channel” between the Trump Organization and Alfa Bank, a Russian bank.

Durham claims Sussman was working for at least two clients, the Clinton campaign and a technology executive when he told the FBI about the allegations.

Sussmann has pleaded not guilty to the charge of making a false statement and is scheduled to go on trial in late spring of this year.

According to Fox News, Durham’s filing on Friday focused on potential conflicts of interest related to Sussman’s representation.

Durham claimed in the motion that the tech executive asked researchers to “mine Internet data to establish ‘an inference’ and ‘narrative’ tying then-candidate Trump to Russia,” Fox News reported.

“BREAKING: Donald Trump and the RNC funded SIGINT collection AGAINST the Executive Office of the President of the United States, just like the Russians do. This is TREASON!,” Trump Jr. wrote on Twitter.

“Just kidding, it was Hillary Clinton and a big tech executive. Durham is coming.”