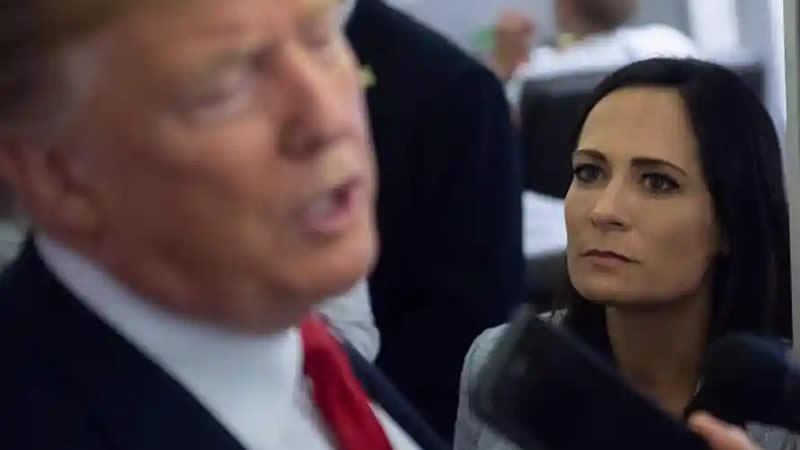 Former White House press secretary Stephanie Grisham has warned that if Donald Trump runs again and wins the 2024 election, “he will be about revenge.”

Grisham, the author of the upcoming book “I’ll Take Your Questions Now: What I Saw at the Trump White House,” claims that throughout Trump’s tenure in office, he and his advisors created a culture of lying.

She also confessed to enabling a “culture of casual dishonesty” in an interview with ABC’s George Stephanopoulos on Monday.

“I’ve reflected on that, and I regret that, and especially now watching him, and so many people push the false election narrative, I now want to, in whatever way I can, educate the public about the behaviors within the White House because it does look like he’s going to try to run in 2024,” Grisham, who also served as chief of staff to former first lady Melania Trump, told, “Good Morning America.”

“I want to just warn people that once he takes office if he were to win, he doesn’t have to worry about reelection anymore. He will be about revenge. He will probably have some pretty draconian policies that go on. There were conversations a lot of times that people would say, ‘that’ll be the second term. That’ll be the second term,’ meaning we won’t have to worry about, you know, reelection,” she added.

In an interview with “Good Morning America,” Grisham described working in Trump’s administration as a “mistake.”
“I think that many of us, myself included, got into that White House and got heady with power and became really … we didn’t think about serving the country anymore,” she told “Good Morning America.” “It was about surviving in there, and he loved it. He loved the chaos.”

In her upcoming book, Grisham is said to level several allegations against Trump and Melania, as well as other government officials.

Grisham’s statements about the book have been criticized by Donald Trump and Melania Trump.

Melania Trump Had Google Alerts SetUp So She could Be “reading every little thing written” about her: Book Claims
Trump falls off Forbes list of 400 richest Americans for the First Time in 25 Years