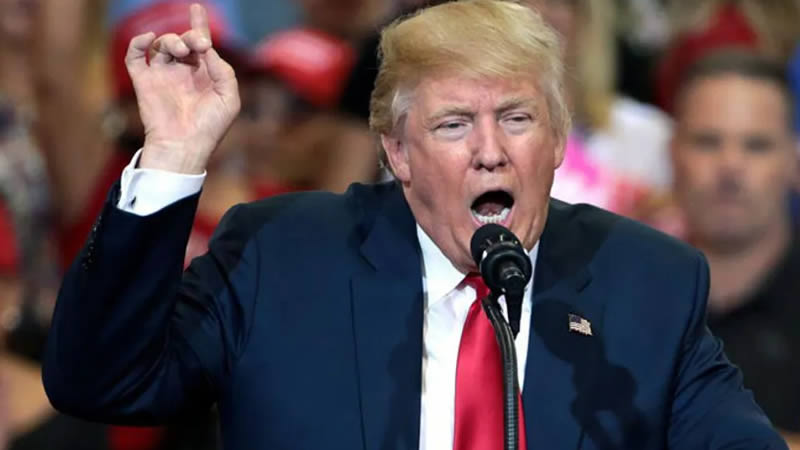 Former President Donald Trump made it easier for the Justice Department to bring a criminal case against him during his weekend rallies to support MAGA candidates in the 2022 midterm elections, a top prosecutor for special counsel Robert Mueller argued on Monday.

The assessment was made by Andrew Weissmann, a former Justice Department official and FBI general counsel known as Mueller’s “pit bull,” who stressed that Trump’s own comments bode ill for him as the federal government’s investigation into the former president’s handling of records heats up. He was on MSNBC with New York Times journalist Michael Schmidt, who has broken several stories about the investigation of the documents.

“I look at this with my former prosecutor’s hat on, and the reporting from Mike and Maggie Haberman and the speech that you talked about that he gave over the weekend are really damning evidence because the typical defense for somebody like Donald Trump is what a CEO argues, which is ‘I didn’t know the details, I don’t have the knowledge or intent to have violated the law,'” Weissmann said. “Meaning, I didn’t know what was at Mar-a-Lago. I didn’t know the content of what was at Mar-a-Lago, and so I didn’t have an intent to illegally take or retain these documents. That would be what a CEO would probably argue and is typically what we see in CEO cases.”

Trump headlined two rallies this weekend. At the second one, in Mesa, Arizona, Trump said the FBI should return documents seized from his Florida resort in August. “They should give me immediately back everything that they’ve taken from me because it’s mine, it’s mine. They took it from me — in the raid. They broke into my house,” he said on Sunday. Trump also denied committing any crimes.

According to the New York Times, Trump tried to reach a settlement with the National Archives and Records Administration to exchange boxes of material held at Mar-a-Lago for documents related to the FBI’s investigation into his ties to Russia. Although it was never pursued, Trump suggested to aides that he try trading records later taken by authorities for confidential documents he believed would exonerate him of Russia.

According to court documents, Trump is being investigated under the Espionage Act as well as laws related to obstruction of justice. “The trick is always how do you show that somebody like Donald Trump knew what was at Mar-a-Lago, and it wasn’t just his lawyers or underlings who knew the details,” Weissmann added.

“Well, that he’s trying to engage in the art of the deal with respect to classified documents, and he’s saying these documents were all mine, those are incredibly damning statements that go directly to knowledge and intent, and you can be sure that the DOJ prosecutors are doing what I’m doing, which is listening to this, going, this is making it that much easier to prove the only element that it could pose any real difficulty for the Department of Justice in bringing a case involving the Mar-a-Lago documents.”