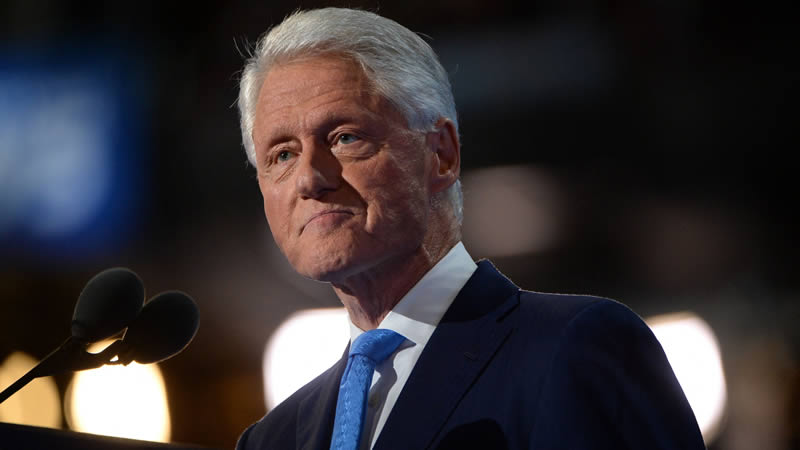 Among the main subjects, the two talked about were the economy, international affairs, and aliens.

In addition, Corden invited Clinton to join in the “Ask a President” segment, where viewers and staff may ask the former president questions.

In the interview, Clinton discussed what makes a strong leader, the best plant-based milk, and whether we might elect a woman president on the Paramount Global-owned channel CBS.

Clinton recognized that it is likely that in the years to come, a woman, a person of Latin origin, and a gay person will hold the office of president, writes Benzinga.

Clinton also mentioned that he drinks almond milk, although his favorite plant-based alcoholic drink is vodka.

For a question about fictional presidents, he answered: “I like Tony Goldwyn, I like Martin Sheen, I liked Michael Douglas, I loved Harrison Ford and Morgan Freeman and Donald Trump.”

Why It Matters: Donald Trump was the 45th president of the United States. Hillary Clinton, the wife of Bill Clinton, lost to Trump in the 2016 election.

Hillary Clinton and Donald Trump had a protracted dispute, which is likely what motivated Clinton to make the remarks on the late-night talk program. The other individuals Clinton pointed out have all played presidents in films or on television.

Hillary Clinton has ruled out running for president of the United States once more. The two most recent presidents, Donald Trump and Joe Biden have not declared their presidential campaigns for the 2024 election, but both are widely expected to do so.

Trump Media & Technology Group, which is owned by Trump, is planning to merge with Digital World Acquisition Corp.