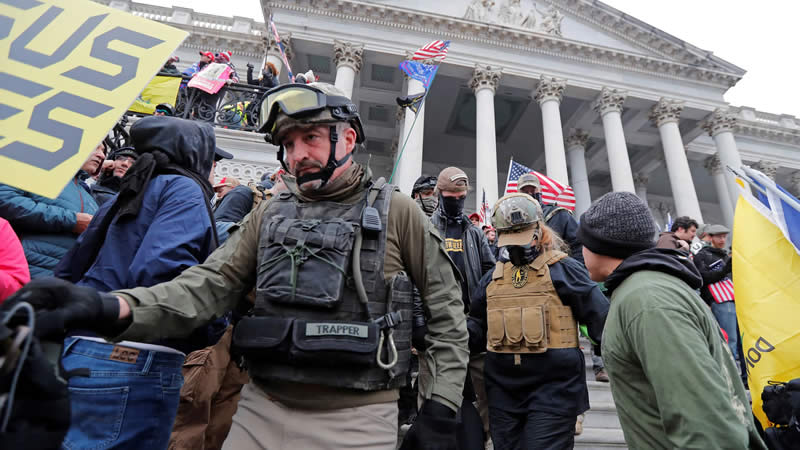 Jeremy Brown, a former United States Army Special Forces soldier who ran for Congress as a Republican in Florida in 2020, was arrested and charged on Jan. 6 for his role in the violent riot at the Capitol.

According to the Department of Justice, Brown was arrested on Thursday and was charged with “knowingly entering or remaining in any restricted building or grounds,” as well as engaging in “disorderly or disruptive conduct.”

According to the FBI complaint, Brown was more than 100 feet inside the restricted grounds that police had delineated to protect the Capitol from hundreds of Trump supporters rioting on Jan. 6 as a joint session of Congress met to certify the results of the 2020 presidential election.

According to the FBI complaint registered in the Department of Justice of United States, Brown was wearing “full military gear,” including a helmet, radio, and tactical vest, and had a visible “large surgical trauma shears” tucked into his vest. Brown chose not to follow when police yelled “Back” as they surged toward the rioters, only fleeing after being forcefully forced back by police.

According to the FBI documents, Brown also coordinated travel to the Capitol in December and January, including messages he sent to others online saying he had an RV with “plenty of gun ports left to fill” and instructing people to follow his “Ground Force One departure plan” to come to his house to “route plan and conduct PCIs (Pre Combat Inspections).”

He is one of the hundreds of people arrested and charged in connection with the Capitol attack, which began when Trump supporters stormed the building in an attempt to prevent the certification of Democrat Joe Biden’s 2020 presidential election victory.

The riot killed five people, including a rioter and a Capitol Police officer.