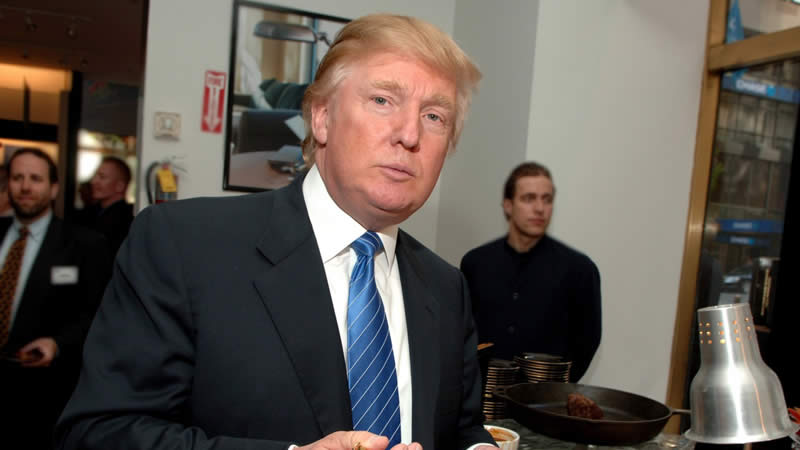 According to a new book, former President Donald Trump turned down a dare from a nine-year-old boy to become vegan for a month because he was terrified of losing brain cells.

Former White House Press Secretary Grisham says that “a young boy started publicly challenging Trump to go vegan in TV ads and on highway billboards” around the new year leading up to 2020.

“If the president agreed, the boy said, the charity he represented would donate $1m to veterans. I was communications director at the time and I playfully asked the president if he would ever consider doing that since the challenge would raise a lot of money for a good cause. I knew he loved his steaks and cheeseburgers, but one month didn’t seem that long,” she writes.

She adds that the then president’s answer was “swift, and his tone was suddenly very serious”.

Mr. Trump had to accept the challenge till December 13, 2019. Million Dollar Vegan stated that if Mr. Trump accepted and completed the challenge, they would donate a million dollars to charity.

Evan, a vegan from Melbourne, Florida, said he became vegan when he was five years old after his vegetarian mother informed him that she was going vegan. Evan eventually decided to join her.

“I told her, ‘If the animals are being hurt and I don’t need it, I don’t want it,’” he told Insider.

“I think that veganism is a gift and it’s great to give that gift to people so they can be healthier and feel better, not hurt animals, and not destroy the planet,” he added. “He has a lot of reach to people, if they see him doing this, they might want to do it too.”