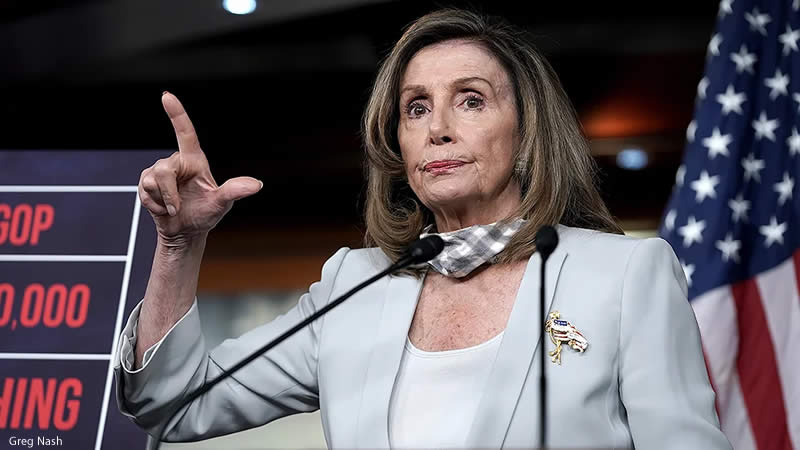 ‘There’s all this talk about Latino voters, but where are we talking about Latino candidates and Latino representation and the party prioritizing that?.. ‘

According to Politico, Speaker Nancy Pelosi, D-Calif., has thrown an Oregon Latina Democrat candidate for the United States House of Representatives under the bus.

Andrea Salinas, currently a member of the Oregon House of Representatives, would be the state’s first Latina to serve in the United States Congress.

Despite the fact that Democrats are usually fond of such historic firsts, the Pelosi-backed House Majority PAC has thrown its support behind “a white, first-time candidate,” according to Politico.

The House Majority PAC has spent $1 million on advertisements for Carrick Flynn, a first-time candidate.

Latino political leaders in Oregon called the decision a “slap in the face.”

“This is a highly competitive primary and we have four women in the race, three of whom are women of color,” Salinas herself told Politico. “I was really surprised that HMP would even think of weighing in this race.”

The House Majority PAC responded tepidly to the criticism.

“House Majority PAC is dedicated to doing whatever it takes to secure a Democratic House Majority in 2022, and we believe supporting Carrick Flynn is a step towards accomplishing that goal,” the PAC’s communications director said.

Pelosi’s devastation of Salinas’ campaign came at a time when recent polls show that Hispanics are threatening to abandon the Democratic Party in droves.

According to The Hill, President Biden’s incompetence has resulted in a 43 percent drop in his approval rating among Hispanics over the last year.