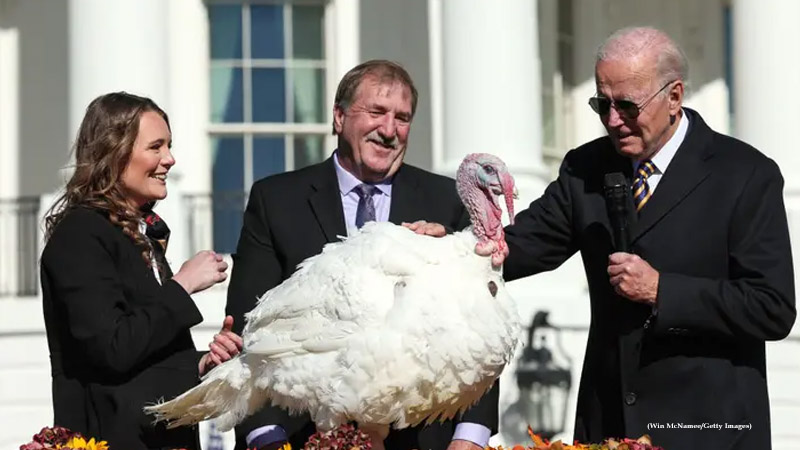 Russia’s ongoing war in Ukraine is one of the reasons your Thanksgiving feast will cost more this year than last, according to the Department of Agriculture.

According to a USDA letter issued this month, turkey prices will rise due to this year’s outbreak of highly pathogenic avian influenza (HPAI), which killed 8 million turkeys in 2022. However, the USDA also stated that “Russia’s conflict with Ukraine and drought across the United States” are other causes “pushing up the price of Thanksgiving staples.”

According to the USDA, both the COVID pandemic and “Putin’s Price Hike” have raised global food costs, and Russia’s move against Ukraine has cut off a “critical supply” of wheat, corn, barley, and other grain. Russia’s war in Ukraine, along with the epidemic, has put “pressure on food prices,” according to the USDA.

President Biden and his administration have frequently blamed Russia for widespread inflation, referring to rising food and energy costs as “Putin’s price rise.”

However, according to figures from the Biden administration, inflation began to rise almost immediately after Biden took office in February 2021.

Ukraine is a significant grain exporter, and Russia’s efforts to stymie those shipments have resulted in price increases. However, prior to Russia’s invasion, feed grain costs were rising along with the prices of many other commodities.

According to the USDA document, the Biden administration has made progress in fighting rising grocery prices, noting that the 0.4% increase in grocery prices in October was the “smallest increase since December of last year.”

In addition, the letter understated the impact of inflation on the cost of Thanksgiving meals in comparison to non-government estimates. According to the report, the average cost of Thanksgiving retail mainstays such as fresh turkey, sweet potatoes, cranberries, and green beans will be roughly 1% more this year compared to last, with a frozen turkey costing 6% more.