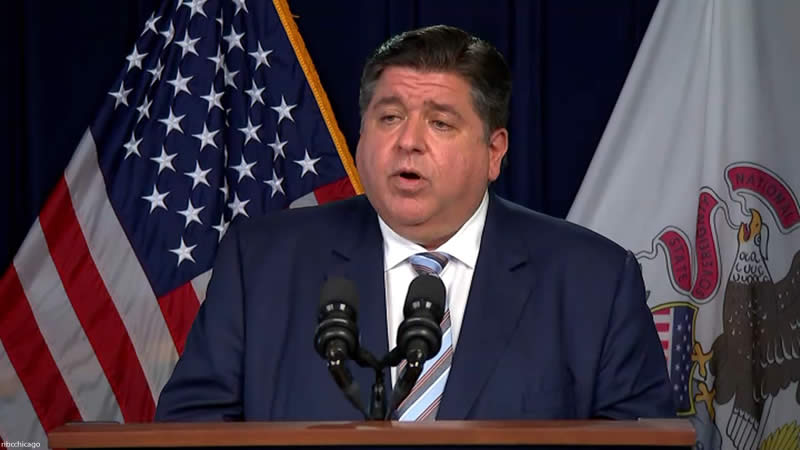 In terms of political office, Illinois voters are seeing first-hand what money can buy.

Tens of millions of dollars are being spent by three different mega-donors to try to sway the results of the Republican primary for governor of Illinois on Tuesday.

One is the incumbent Democratic billionaire governor of Illinois, JB Pritzker, who hasn’t spent all of his personal money on his own campaign.

He is working with the Democratic Governors Association to support ultraconservative Illinois State Senator Darren Bailey, a Republican who received the former president’s support on Saturday.

With their advertisements reiterating that Bailey’s policies “are just too conservative for Illinois” Pritzker and the DGA appear to believe that Bailey would be one of the easier Republican candidates to defeat in the November election.
Although it happens frequently, one side rarely gets involved in the primary of the other.

Republican primary voters in this instance seem to be buying into it.

Republican supporters hear a hidden message in the Democrat ads, and Bailey seems to have welcomed the help in order to win the competitive primary.

“I think it’s obvious Gov. Pritzker thinks I’m the easiest candidate to beat, and my message to Gov. Pritzker is ‘be careful what you wish for because it’s coming right toward you,’ ” Bailey and Illinois ABC TV station. “The people of Illinois are absolutely fed up with the state of our state. They’re ready for something different.”

Bailey is a southern Illinois grain farmer with a distinctive twang in his speech. He has a significant lead in the primary election, according to a survey from NPR member station WBEZ and the Chicago Sun-Times.

He supports the freedom to carry arms and is against abortion. And it’s clear from his endorsement that he strongly backs Trump.

Despite the fact that he would be in charge of the state’s economic engine as governor, he also frequently criticizes the city of Chicago.

“Let’s just call it like it is. Let’s think about Chicago: A crime-ridden, corrupt, dysfunctional hellhole,” Bailey said at a debate hosted by Chicago TV station WGN.

Bailey even went so far as to support a resolution that would give Chicago its own state within Illinois. In the Democratic-controlled state legislature, it had little effect.

But Dick Uihlein, a successful businessman who owns a shipping supply firm by the same name, has come to appreciate his speech. He has contributed more than $9 million to Bailey’s campaign. A group that participated in the rally prior to the disturbance at the U.S. Capitol on January 6 was supported by Uihlein, a major Republican donor.

GOP voters in Illinois typically back more moderate Republicans who are more akin to Richard Irvin. Irvin is the mayor of Aurora, a suburb of Chicago that gained fame as the setting for the sketch “Wayne’s World” on Saturday Night Live.
Irvin had all the necessary elements to run a highly competitive race in November, in large part because of the $50 million contributions from Chicago billionaire Ken Griffin. Griffin founded and is the CEO of Citadel, a hedge fund business.

Griffin and Pritzker have been at war for years, most notably over whether the wealthy should pay higher taxes than the rest of the population.

But surveys show that despite all of Griffin’s funding, Irvin’s campaign hasn’t gained any traction with Republican primary voters.

Griffin and his hedge fund made their move from Chicago to Miami public on Thursday. The decision is unrelated to Irvin’s candidacy, according to a Citadel spokesman.

Irvin doesn’t appear to have passed the Republican litmus test since he hasn’t stated what he would do in the event that Roe v. Wade was reversed by the U.S. Supreme Court. Additionally, he declines to disclose whether he backed Donald Trump.

In fact, despite polling data showing that the majority of Illinois GOP primary voters are interested in learning the answer to that issue, Irvin has dodged questions about Trump by implying that he is being set up by Democrats.

“I’m not gonna fall into the trap of JB Pritzker talking about what he thinks we should be talking about,” Irvin has told reporters who have asked him to weigh in on the former president.

More recently, Irvin has pivoted in how he talks about his candidacy, making the case that a hard-right candidate like Darren Bailey cannot beat Pritzker come November.

“A vote for Darren Bailey is a vote for JB Pritzker,” Irvin has repeatedly said.

It’s a wager that Pritzker himself is willing to bet big on.