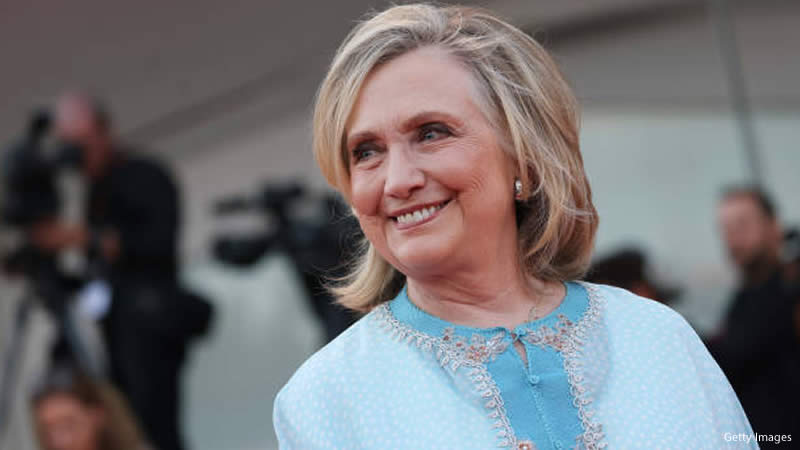 After “suggestive” photos of Hillary Clinton in a skirt were taken during her time as the first lady, she began wearing pantsuits, which are now considered her fashion signature.

In a new interview with Norah O’Donnell for CBS Sunday Morning, alongside daughter Chelsea, the former presidential candidate discusses how she changed her style after a state visit to Brazil in 1995. During her visit, Clinton wore a cream skirt suit, and photographers captured camera her from below.

“I was sitting on a couch, and the press was let in. There were a bunch of them shooting up,” the former presidential candidate shared. Some of the photos — in which Clinton’s underwear appeared to be visible — were later used in ads for Brazil’s Duloren lingerie.

“All of a sudden the White House gets alerted to these billboards that show me sitting down — I thought my legs were together — but the way it’s shot, it’s sort of suggestive,” Clinton, 74, added. “And then I also began to have the experience of having photographers all the time. I’d be on a stage, I’d be climbing stairs — and they’d be below me. I just couldn’t deal with it, so I started wearing pants.”

Chelsea, 42, broke in to share her thoughts on that photographer’s behavior: “So creepy. That’s so creepy.”

“In the interest of good taste and good sense we have no comment,” the then-first lady’s press secretary said at the time, per the Associated Press, though the director for the agency behind the controversial ad offered this defense: “We want to say that daring women don’t mind letting their panties be seen.”

While this is not true in Clinton’s case, it is brave women who have inspired Gutsy, the upcoming Apple TV+ series that the former senator and Secretary of State and her daughter will launch on September 9. The docuseries, based on the Clintons’ best-selling book The Book of Gutsy Women, will feature interviews with trailblazers such as Dr. Jane Goodall, Amy Schumer, and Megan Thee Stallion.

Clinton’s love of pantsuits was also addressed in her 2017 memoir, What Happened. Along with her concerns about upskirting, Clinton stated that the suits “make me feel professional and ready to go.” A simple uniform was also thought to be helpful on the campaign trail, she wrote.

“I also thought it would be good to do what male politicians do and wear more or less the same thing every day,” she noted.

“A uniform was also an anti-distraction technique: since there wasn’t much to say or report on what I wore, maybe people would focus on what I was saying instead.”

Continue Reading
You may also like...
Related Topics:Hillary Clinton