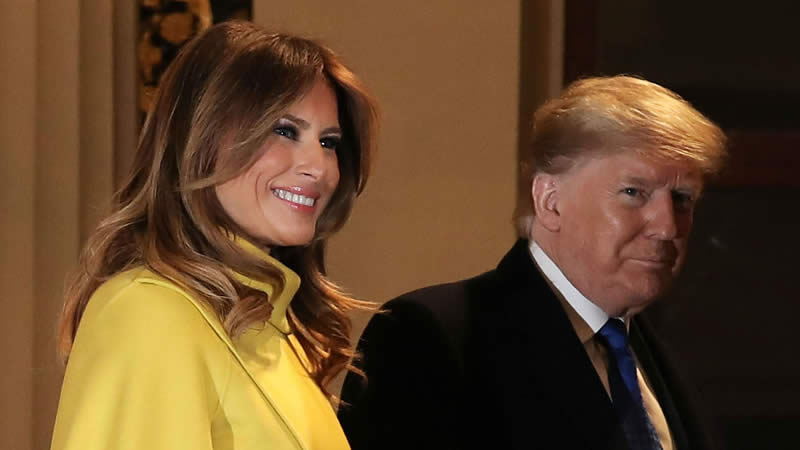 Melania Trump has been through a lot during her marriage to Donald Trump. While she’s no wimp, the former first lady found her way to deal with her husband’s infidelity over the years. It wasn’t about lashing out publicly, rather than behind closed doors, according to former White House Press Secretary Stephanie Grisham in her upcoming book, I’ll Take Your Questions Now.

According to Grisham, Melania’s wrath was “unleashed” in the aftermath of the Stormy Daniels affair revelations, as the very private situation became a big public topic of talk.

She made it her mission to “embarrass him as he had embarrassed her.” That meant going against everything he did and said in front of the entire world. (Is that the reason behind her constant refusal to hold his hand?)

Melania played the jealousy game as well, arranging for a good-looking military officer to accompany her “arm-in-arm” to her husband’s first Presidential address because “the floors of the Capitol were too slippery.” “I laughed to myself because I’d seen the woman navigate dirt roads in her heels,” Grisham wrote.

Then Melania upped her nasty strategy by having Grisham take the term “wife” out of her press statement about the affair accusations. The revised edition said, “She is focused on her family & role as FLOTUS — not the unrealistic scenarios being peddled daily by the fake news.”

Melania, on the contrary, simply hung Donald out to dry. “This is Donald’s problem. He got himself into this mess.” Grishman wrote. “He can fix it by himself.”

According to reports, the former first lady despised political life and rarely enjoyed her stay in Washington, D.C. This was her husband’s fantasy, not hers, and the invasion of privacy that unearthed all of Donald’s skeletons was the last thing she wanted to cope with.