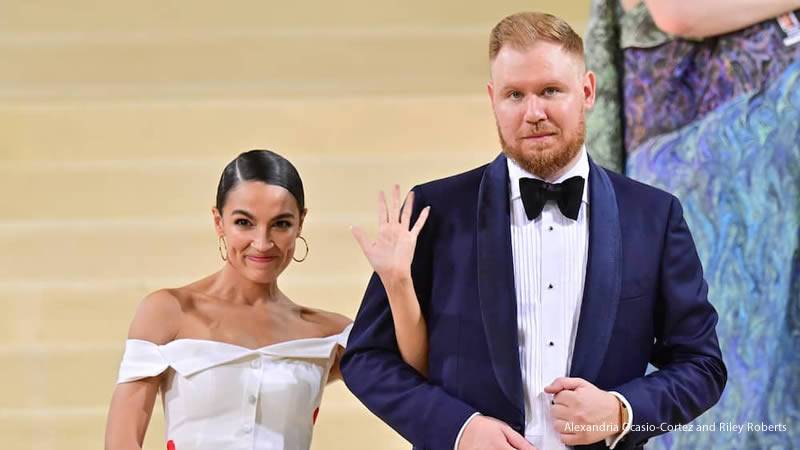 Alexandria Ocasio-Cortez, a New York Representative, is known for making headlines, whether for her strong opinions or her fashion statements. However, as much as she stays in the public eye, the Bronx congressperson keeps her personal life private. Many people were surprised to learn that she was in a relationship. So, who exactly is Riley Roberts?

AOC’s 2018 Vogue profile revealed details about the relationship. The couple met at their alma mater, Boston University, according to the profile. They both attended “Coffee and Conversations,” a weekly discussion with the school’s Dean.

“I think people see how glamorous she is, but these were not two glamorous people,” the couple’s friend Raul Fernandez shared in a 2020 Vanity Fair profile. “These were two awkward, supersmart, like-to-talk-about-issues kind of people that met through this super-wonky, nerdy thing.”

They dated throughout college, split after graduation, and then reconnected a few years later. Roberts is one of her biggest supporters. He can be seen throughout the Netflix documentary Knock Down The House as Ocasio-Cortez attempts to win her congressional race.

Roberts was also present at her swearing-in ceremony, along with her brother and mother. According to the New York Post, it was a “really incredible day, really special.” He also expressed his praise for Washington, DC, saying, “It’s great.”

So, how does Roberts make a living? According to his LinkedIn profile, Roberts is the head of marketing at HomeBuilder.com, a company that helps householders with home maintenance. He also works as a consultant, helping tech startups with revenue growth through marketing and development.

AOC has shared details and dating advice on her social media accounts about their relationship in recent months.

When the New York representative was asked on Instagram about the key to a healthy relationship, she asked Roberts, who joked, “We spend mornings together, spend quality time together, browse TikTok together.”

Roberts has the full support of her family, in addition to being a supportive partner to Ocasio-Cortez. In a gushing interview with the Daily Mail, Ocasio-Cortez’s mother said, “I love him. He is the most loving, supporting person I’ve seen. He helped her tremendously during the election.”

“They’ve been together for four years now after they reconnected from a college breakup,” she continued. “I know they love children, and they do very well with children from the family. So, I hope they get married soon.” For now, she’ll have to make do with being a grandmother to the couple’s French bulldog, Deco.