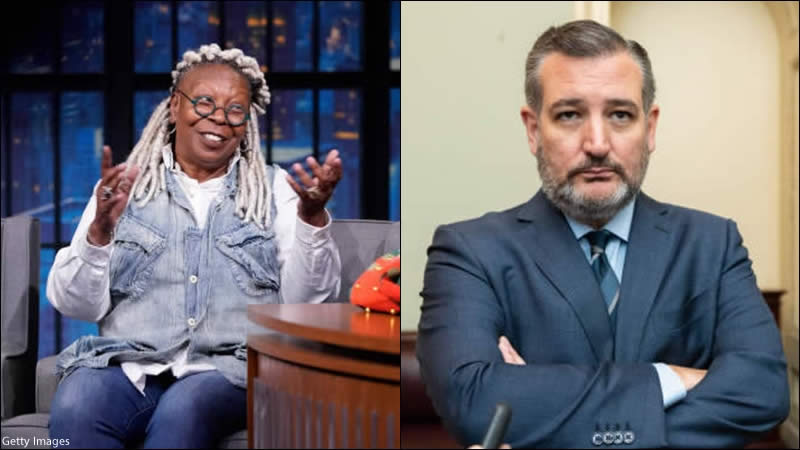 Ted Cruz’s concern about Pete Davidson’s love life amuses and disgusts the hosts of “The View.” So, on Monday’s show, they criticized his “creepy” and “disgusting” words and conveyed their deepest sympathies to Heidi Cruz.

“I’m just gonna say, Heidi Cruz, this is two, OK?” Whoopi Goldberg said before even playing the clip. “This is the second time he’s just not paid any attention to what you might be feeling.”

According to Decider reports, on the most recent episode of his podcast, Cruz went on a tear over Pete Davidson’s girlfriends, past and present, marveling at how “that dude gets all of these like, hot women.”

Cruz’s sentiments were disgraceful to Ana Navarro. The full segment from “The View” can be seen in the video above.

“This gives me the heebie-jeebies,” she said in disgust. “Can I just tell you, it is so creepy and so disgusting. OK, so he might want to say, ‘How come that dude on SNL’ — I want to know how come that dude is a U.S. senator and is doing a podcast and spends so much time trolling on Twitter? I mean, does he think that he’s gonna lead by being a social media influencer?”

Navarro shared Whoopi’s feelings about Heidi Cruz. “How can it be disrespectful to his wife and daughter?” she asked.

Sara Haines, the show’s host, then took a moment to point out how Pete Davidson differs from Ted Cruz in his treatment of his partner.

“Pete Davidson actually did defend Kim Kardashian when there was some stuff going back and forth between she and Kanye,” Haines pointed out. “So that does distinguish him from Ted Cruz who has yet to defend his wife against that sort of thing.”

Haines was referring to Donald Trump’s public criticism of Heidi Cruz’s looks, though Sunny Hostin pointed out that Ted Cruz did defend his wife in a tweet. Meanwhile, host Joy Behar recommended another reason why women like Davidson.

“The reason that women like Pete Davidson, is because he is funny. He’s funny. Ted Cruz, you’re funny because people laugh at you. Pete Davidson, people are laughing with him.”