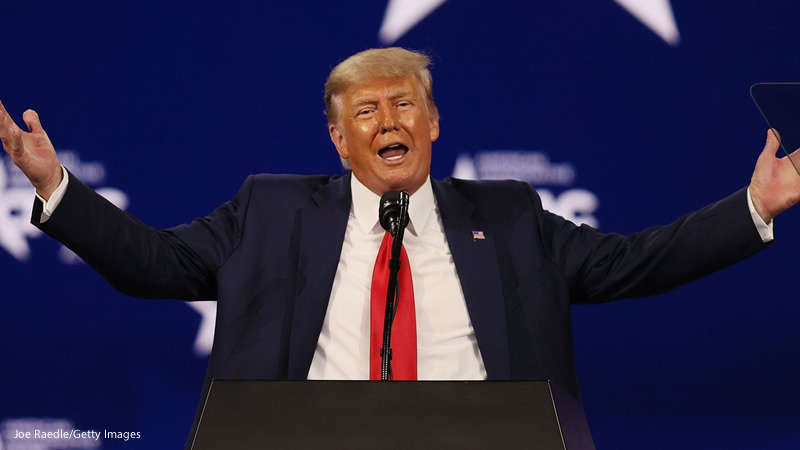 Donald Trump Jr. has shared online what is believed to be a screenshot of his father’s first post on his upcoming social media platform, Truth Social, which has an interface that is very similar to Twitter’s.

Because Truth Social has not yet gone live, his eldest son posted a screenshot of Donald Trump’s first message on Twitter and Instagram.

The apparent post from Trump reads: “Get ready! Your favorite President will see you soon!”

Liz Willis, vice president of operations at the Right Side Broadcasting Network, a conservative media company known for live streaming Trump rallies, praised the site’s beta launch, which is still not open to the general public.

“TRUTH Social (beta) has dropped and President Trump is active on his own account! The world is healing,” Willis tweeted.

“Beta testing the new ‘Truth Social’ app and all I can say is, y’all are going to LOVE it! I can’t wait for everyone to join me,” she added. “Thank you, President Trump.”

Others, on the other hand, mocked Truth Social, created by the Trump Media and Technology Group (TMTG), for its design mimicking Twitter, as well as the fact that Trump’s first post had to be promoted on social media sites he was banned from because it is still not fully rolled out.

Author and podcast host Jeremy Goldman accused Trump of “completely stealing Twitter’s interface” with Truth Social. “Now that is what committing to your brand looks like,” he tweeted.

Author Grant Stern wrote: “Truth Social is so f*g successful the only place you can see it is on Twitter. LOL.”

Steve Hofstetter, a comedian who was nominated for a Nobel Peace Prize for his philanthropic work, tweeted in reply to Trump Jr. “Truth Social’ looks like if Wish designed Twitter.”

Truth Social, which Trump announced last October after being barred from using any other mainstream social media site for fear of inciting more violence in the aftermath of the January 6 attack on the Capitol, was originally scheduled to launch on February 21, coinciding with President’s Day.

Former California Republican Congressman Devin Nunes, who resigned in January to become CEO of TMTG, said the launch has been pushed back until the end of March.

Previous screenshots from an App Store listing showed that the platform appeared to be very similar in design to Twitter, with Trump Jr.’s post appearing to confirm Truth Social will look very similar to the former president’s favorite social media platform.

Social media experts have questioned whether Truth Social, which Trump supporters are anxiously awaiting, will be able to compete with mainstream social media sites when it launches.

“There’s a whole social network for beer enthusiasts where they can come together and post reviews of beers,” Kristina Lerman, a research professor of computer science at the University of Southern California’s Information Sciences Institute, told Time. “It’s great that such a community exists where like-minded people can meet each other. But that doesn’t mean that kind of niche community will be attractive to the mainstream.”

Joshua Tucker, co-director of NYU’s Center for Social Media and Politics, suggested that even if Truth Social does not break into the mainstream, it may “suck the air” of other right-wing platforms such as Gettr, Gab, and Parler, and reduce their popularity.

“If Trump’s able to do that, it probably means the rest of those platforms fade away and we’re in a new world where we have the mainstream platforms and one really big right-wing platform,” Tucker said.