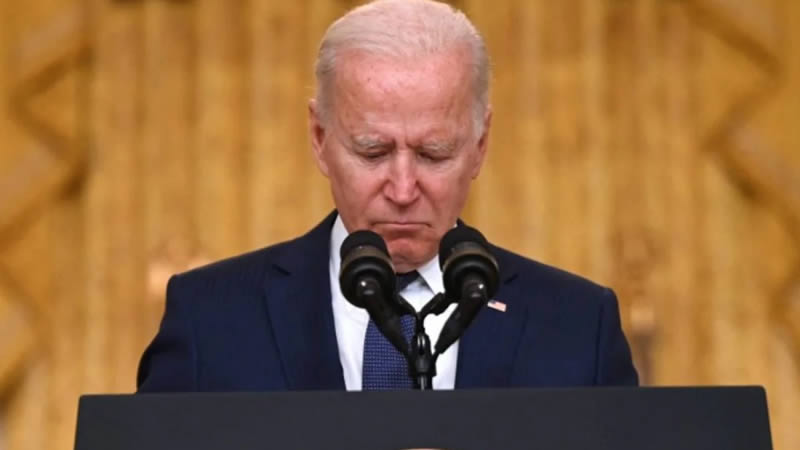 The desperate Brandon administration attempted to convince Americans that, despite overwhelming evidence to the contrary, they are better off now than they were at this time last year, Newsmax reported.

According to an administration statement, Biden and remarkably unpopular Vice President Kamala Harris have improved Americans’ lives by jabbing millions of unwilling Americans, blocking up the supply chain, and creating good, high-paying jobs for only vaccinated Americans.

“In spite of unprecedented crisis and opposition from congressional Republicans,” the statement said, “President Biden, Vice President [Kamala] Harris, and congressional Democrats got an enormous amount done for the American people in 2021.”

Biden and other Leftists see their unconstitutional forced vaccination policy as a historical success.

To save millions, the zeal president also forced millions of Americans to receive the experimental vaccine, which was funded by his Big Pharma allies.

Despite his accomplishments, Democrats anticipate a “winter of death” for the unjabbed.

According to Pfizer CEO Albert Bourla, even those who have been vaccinated will need to get routine booster shots.

Biden also improved Americans’ lives through inflationary policies, which, according to White House spokeswoman Jen Psaki, are beneficial to Americans.

“The president has taken action to address supply chain blockages and address price increases, including a historic release from the Strategic Petroleum Reserve and signing a Competition Executive Order that is already lowering the prices of hearing aids,” the report continued.

Lastly, Biden himself created employment opportunities for vaccinated Americans, working “across the aisle to pass the Bipartisan Infrastructure Law to rebuild roads and bridges, replace lead pipes, and create millions of good-paying jobs.”