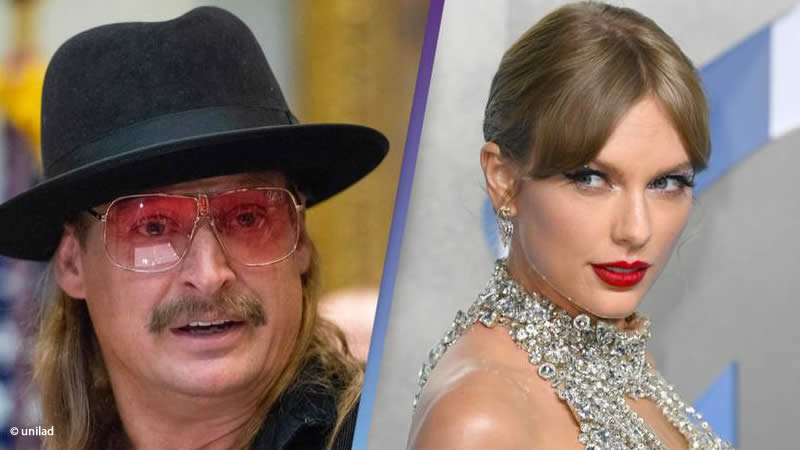 Taylor Swift announced her 10th studio album, Midnights, will be released on Oct. 21 at the 2022 VMAs on Sunday night (Aug. 28), and now, conservative commentator Nick Adams has turned the announcement into a political discussion.

“People are craving real music with thought-provoking and emotional lyrics. Who better to give it to them than Kid Rock?” he wrote. “I GUARANTEE his album would outsell and outclass hers!”

That’s not all. After hearing that he was trending on Twitter, Adams doubled down on his thoughts with a video. “Kid Rock is an American badass alpha male and Taylor Swift is an American embarrassment and the world’s largest polluter.

I stand by every word!” he captioned the clip, before adding, “Raise your children to be like Kid Rock and Kyle Rittenhouse, NOT Taylor Swift and Harry Styles!”

Following the serious injury of a Black man, Jacob Blake, at the hands of a police officer, Rittenhouse, 19, shot three men, killing two, with an AR-15 style rifle during civil unrest in Kenosha, Wisconsin, in August 2020.

Adams’ social media rant has yet to be discussed by Kid Rock, Swift, or Styles.