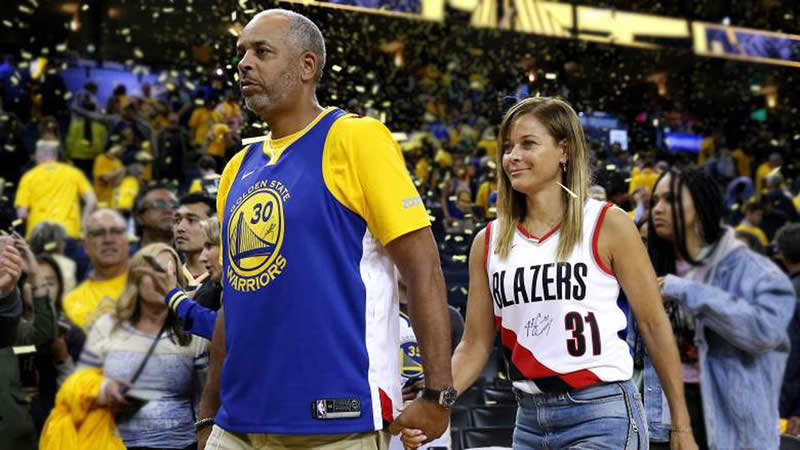 After a trial separation, Sonya Curry, the mother of Warriors player Stephen Curry, reportedly filed for divorce in June.
After TMZ firstly reported on the split, the Curry couple confirmed the news to People Magazine on Monday.

“After exploring a trial separation over the past year and much thoughtful consideration, we have decided to end our marriage. As this comes with a great deal of sadness, our focus and desire are for our family’s continued happiness,” Sonya and Dell told the magazine. “We are so thankful for all the many blessings and successes! We stay committed to and supportive of our children and grandchildren and will remain on connected paths. We ask that our privacy be respected and pray for our family as we move forward.”

According to the report which cites North Carolina court records, the paperwork was filed in June and the divorce proceedings are still ongoing. There are no details on why Sonya, 55, and Dell, 57, are divorcing.

They met as student-athletes at Virginia Tech and married in 1988, shortly after Dell was chosen into the NBA in 1986. He went on to play until 2002 establishing himself as a trained shooter with the Jazz, Cavaliers, Hornets, Bucks, and Raptors.
At Virginia Tech, Sonya was a star volleyball player.

The Currys have been visible parents to Stephen and Seth over the years, frequently seen cheering on their sons during NBA games. Sonya and Dell wore logos for both teams when Steph’s Warriors confronted Seth’s Portland Trail Blazers in the 2019 Western Conference finals. The Warriors swept the Trail Blazers in the series before losing in the 2019 NBA Finals against the Toronto Raptors.