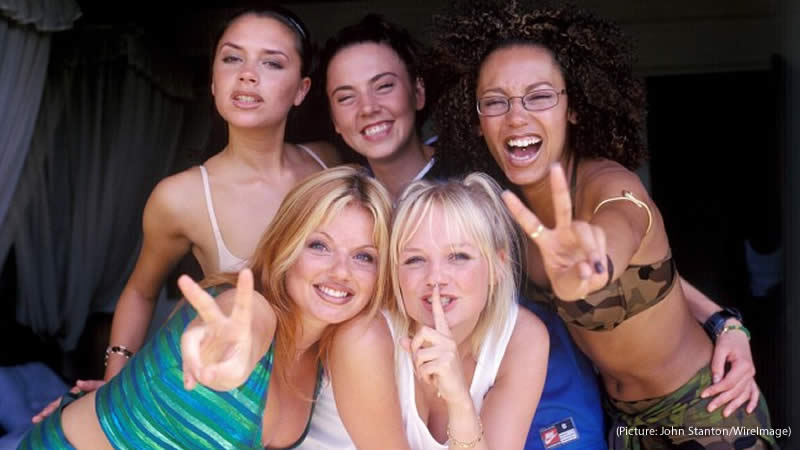 Victoria Beckham will be seen as Posh Spice once more in a new documentary since she is joining the Spice Girls. According to Yahoo, the team that directed Michael Jordan’s television series The Last Dance would direct the documentary. What is known so far regarding the Victoria Beckham Spice Girls reunion is as follows:

Victoria Beckham, widely known as Posh Girl, is reportedly reuniting with the girl group Spice Girls for a docu-series that will focus on their behind-the-scenes activities and ascent to prominence. Melanie Brown, Melanie Chisholm, Emma Bunton, Geri Halliwell, and Victoria Beckham made up the Spice Girls, a British band that was founded in 1994.

The band primarily focused on the young female fanbase and rose to fame as 90s pop culture icons. When their debut single, Wannabe, was released in 1996, it immediately shot to No. 1 in 37 different nations. The docuseries will be helmed by the team of The Last Dance.

Mel B mentioned in an interview in Australia, “The director and the whole concept of how that was shot and filmed is really, really, really good. So we’ll be doing our own version with them.” She further added, “My kids go, “Mummy, your music has come full circle”, and I’m thinking, “Ooh they’re going to compliment me”. Then I get told, “It’s come full circle because now you’re just vintage”. Old but good.”

As per Metro, additionally, it has been reported that two of the Spice Girls will appear on Season 4 of Masked Singer Australia, however, the reports have not yet been confirmed. Mel B and one other band member might both make an appearance. Along with Abbie Chatfield, Chrissie Swan, and Dave Hughes, Scary Spice already agreed to participate as a judge on the program. On a family vacation, Victoria Beckham also sang the 1997 smash song Stop from the album Spiceworld. Husband David Beckham proudly shot her video and captioned it, “Karaoke night with the one & only Posh Spice.”

The group previously reunited in 2019 for a tour, but Beckham wasn’t there. Geri Halliwell will turn 50 in September, and the girls will perform together for the first time since the 2012 Summer Olympics. A source told The Sun, “One of the girls turning 50 is a massive deal — they all want to mark the occasion in style, and reuniting after a decade seems the perfect time.”

Continue Reading
You may also like...
Related Topics:Victoria Beckham