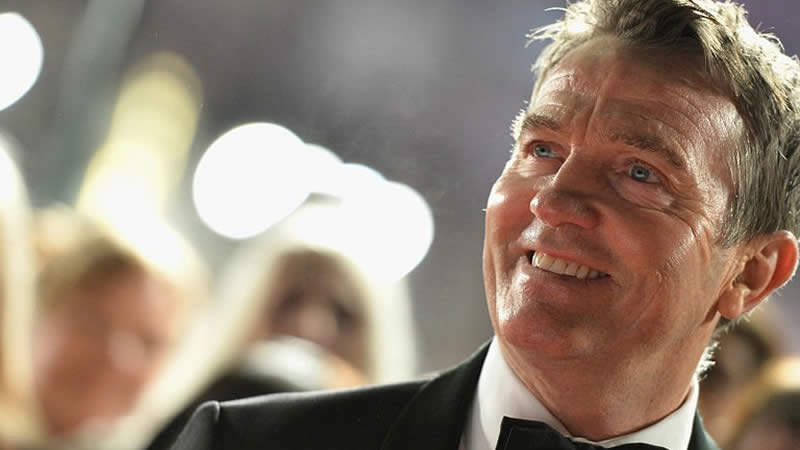 Bradley Walsh, a former Doctor Who star and Chase favorite, has a new look these days, and it’s all for ITV’s latest version of The Darling Buds of May.

Bradley plays Pop Larkin in the upcoming comedy-drama based on HE Bates’ book series, which is set in the 1950s. In a departure from the 1990s adaptation, ITV’s return to the Larkin family will be known simply as The Larkins.

The Larkins will premiere its six-part run on Sunday, 10th October, and will star Walsh as Pop, Joanna Scanlan as his wife Ma, Bridgerton’s Sabrina Bartlett as one of their daughters Mariette, and Tok Stephen as Cedric ‘Charley’ Charlton.

The cosy, feel-good series follows Pop and Ma Larkin and their six children as they “bask in their idyllic and beautiful patch of paradise in Kent“, the synopsis reads.

“Fiercely loyal to each other and their community, there’s an overwhelming sense of plenty in their lives and a lot of joy and raucous laughter,” it continues.

“With an endless supply of delicious, hearty meals alongside the odd cocktail or two, the Larkins are always happy to share what they have with others, despite the fact that what they have is sometimes obtained by unusual means!”

The Larkins’ peaceful existence is jeopardized, however, when Charley arrives to inspect their taxes. Fortunately for Pop and Ma, like Mariette, who has her own plans, soon diverts Charley’s attention.

Bradley Walsh earlier stated that he was “thrilled” to be a part of the “much-loved and iconic series of stories” when asked about his new role.

“The warmth and affection that HE Bates has generated through his books is so uplifting and I cannot wait to be part of the Larkin family,” he added. “It’ll be a hoot!”

As per Digitalspy, Tipped to be the perfect Sunday evening companion, The Larkins’ writer Simon Nye described the new series as “hilarious and magical“. “We will be expanding the Larkins’ world a little and can’t wait to immerse ourselves in this glorious countryside idyll.”

The Larkins, a six-part ITV series, premieres on Sunday, 10th October at 8 p.m.

Continue Reading
You may also like...
Related Topics:Bradley Walsh