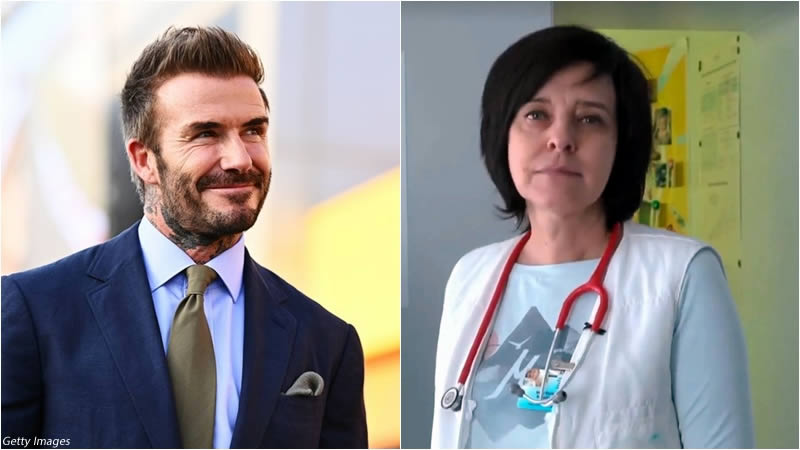 Former England captain David Beckham handed control of his Instagram account to a Ukrainian doctor in the city of Kharkiv on Sunday.

Dr. Iryna, the director of a regional perinatal center, spent the day posting videos about the work of medical professionals in the midst of the conflict.

Footage showed newborns being treated as well as a basement where patients had to be relocated to avoid shelling.

The former Manchester United and Real Madrid star said he wanted to highlight the “amazing work Iryna and health workers like her are doing to save lives in Ukraine”.

Dr. Iryna, who also works as a pediatric anesthesiologist, said her work had been “24/7” since the Russian invasion.

“The first days were the most difficult. We had to learn how to work with bombings and strikes,” she said.

“We are probably risking our lives but we don’t think about it at all. We love our work. Doctors and nurses here, we worry, we cry but none of us will give up.”

Kharkiv, Ukraine’s second-biggest city, has been under Russian bombardment for more than three weeks.

Dr. Iryna described how, on the first day of the war, all pregnant women and mothers were forced to be relocated to the center’s basement.

“It was a terrible three hours that we spent together,” she said.

She went on to say that babies in intensive care had to stay upstairs because the life-saving equipment on which they relied couldn’t be moved.

Beckham also encouraged his fans to donate to Unicef, a UN aid organization for which he is an ambassador.

He and his wife Victoria, a Spice Girls singer, are said to have donated £1 million to help fund the organization’s work in Ukraine.