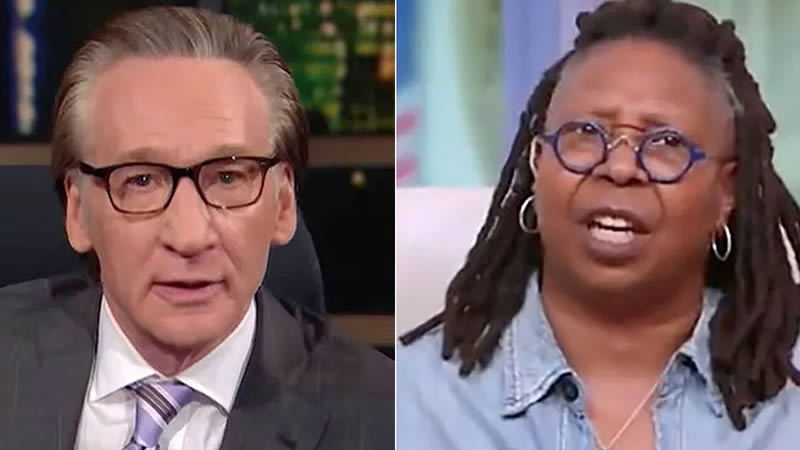 Bill Maher, the HBO host, defended Whoopi Goldberg after she made comments about the Holocaust earlier this week, saying she “should not be canceled” despite his disagreement with what she said.

“I had on, last week, Ira Glasser, former longtime head of the [American Civil Liberties Union], talking about free speech. Whoopi Goldberg who, by the way, I hope is still a friend – we can disagree with each other – should not be canceled or put off her show as much as I totally disagree with her crazy statement,” Maher said during his show on Friday. “Free speech.”

While Maher said he disagreed with Goldberg on some points, he noted that the difference in perspectives between white Americans and Black Americans is part of American history.

“Can we just understand that part of our, sorry, racial history in this country is that the point of view from a Black person is often going to be very different, and sometimes shocking, to a white person,” Maher said.

The “Real-Time” host referred to comments made by “The View” host Barbara Walters in 2007 in which she defended former Atlanta Falcons quarterback Michael Vick, who was charged with dogfighting on federal charges.

“He’s from the South, from the Deep South … This is part of his cultural upbringing,” Goldberg said at the time, which drew blowback from co-host Joy Behar, according to Reuters.

“For a lot of people, dogs are sport,” Goldberg added, according to the news outlet. “Instead of just saying (Vick) is a beast and he’s a monster, this is a kid who comes from a culture where this is not questioned.”

Maher acknowledged that, while he disagreed with her comments about Vick, he recognized that they were influenced by different upbringings.

“I don’t agree with her on Michael Vick, but we grew up in two different worlds, which the white people imposed upon the Black people,” Maher said. “They are going to sometimes have a very different opinion, and the answer is not to make them sit in a corner for two weeks. That is insulting,” he added, referencing Goldberg’s two-week suspension from the show.

Goldberg suggested on Monday’s episode of “The View” that the Holocaust was “not about race.” Maher’s comments follow Goldberg’s suggestion. The co-hosts were discussing a recent Tennessee school board that decided to remove the Pulitzer Prize-winning graphic novel “Maus,” which depicts the author’s father’s survival of the Holocaust, from an eighth-grade language arts curriculum.

“If you’re going to do this, then let’s be truthful about it,” Goldberg said at the time. “Because the Holocaust isn’t about race. No, it’s not about race.”

“Then what was it about?” Behar asked her.

“It’s about man’s inhumanity to man,” Goldberg said. “That’s what it’s about.”

Goldberg was pressed by another co-host, Ana Navarro, who said the move was about white supremacy, adding “It’s about going after Jews and gypsies.”

“But these are two groups of white people,” Goldberg interjected. “But you’re missing the point. The minute you turn it into a race, it goes down this alley. Let’s talk about it for what it is. It’s how people treat each other. It’s a problem. It doesn’t matter if you’re Black or white because Black, white, Jews … everybody eats each other.”

A day later, the president of ABC News announced that Goldberg would be suspended for two weeks.