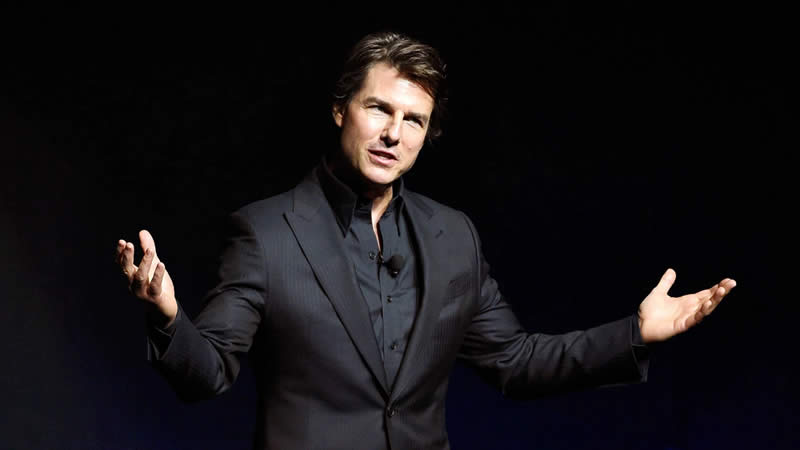 Tom Cruise isn’t wasting any time now that he’s met his “Mrs. right.” His rumored new partner is claimed to be “throwing herself into Scientology,” with a source speculating that they may even marry at the church’s headquarters.

An anonymous insider told OK! Magazine about the actor’s latest allegations. He met her, a beautiful British actress, through an introduction a few weeks ago, according to reports.

Cruise is said to have “wooed” the nameless actress with presents, flowers, and even dinners while filming “Mission: Impossible 8” in England. He’s an “incurable romantic,” and he’s completely swept his new flame off her feet.

The informant went on to say that Tom Cruise’s girlfriend seems unconcerned about the actor’s Scientology beliefs. “She thinks the world of Tom,” she says, adding that she has decided to immerse herself in the controversial faith.

This is said to have “knocked the socks off” the “M:I” star because it is his new partner’s free will.

Cruise, on the other hand, is alleged to be keeping everything under wraps. However, there have already been some reports of talks regarding a wedding this year.

According to the insider, the star has found the woman he wants to marry, and his circle agrees. “No one has seen him this happy in a long, long time.”

It’s still uncertain whether or not the story is true. The anonymous tipper did not provide any evidence to back up his claims.

As per Btimesonline, furthermore, Tom Cruise is yet to make a word on the subject. As a result, the most recent report on his love life is speculative.

Even yet, The International News stated that if the charges are accurate, “this is significant.” It was pointed out that since his divorce from Katie Holmes in 2012, Cruise has not been spotted in a meaningful relationship.

However, there have been rumors that he and co-star Hayley Atwell dated for nearly a year. The dating rumors first surfaced in 2020, while the split rumors surfaced in late 2021.

However, neither of the “Mission: Impossible” stars responded to the reports. As a result, the relationship has yet to be established.

Tom Cruise had three marriages, as well as divorces. The first was in the late 1980s with Mimi Rogers, and the second was in the 1990s with Nicole Kidman.

His third marriage was to Katie Holmes, and their relationship lasted six years.

Continue Reading
You may also like...
Related Topics:Tom Cruise