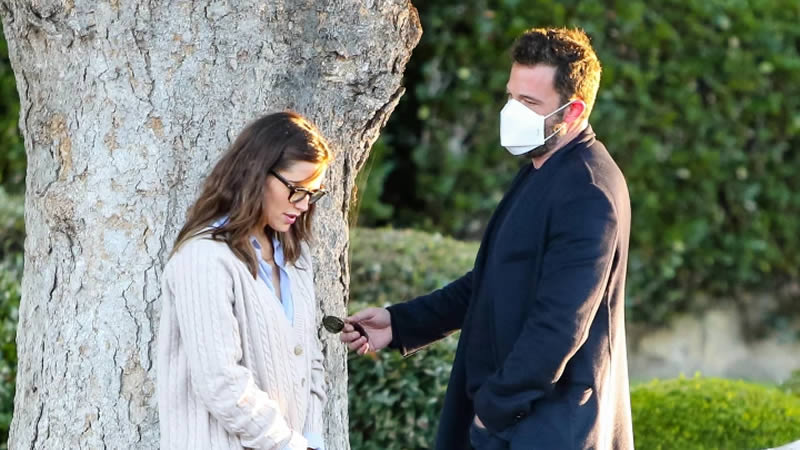 Ben Affleck has been criticized for claiming that he felt “trapped” in his marriage to Jennifer Garner, which led to him drinking more frequently.

During an interview with Howard Stern, the actor took a shot at his ex-wife, claiming that their unhappy marriage contributed to his drinking.

“Part of why I started drinking was because I was trapped,” the Argo star said of his relationship with the actress to the radio host.

“I was like, ‘I can’t leave because of my kids, but I’m not happy, what do I do?’ And what I did was [I] drank a bottle of scotch and fell asleep on the couch, which turned out not to be the solution,” he added.

Violet, 16, Seraphina, 12, and son Samuel, nine, are the children of the former couple, who were married for ten years before calling it quits in 2015.

Fans were outraged by Ben’s remarks and lambasted him for blaming his ex-girlfriend for his drinking issue, claiming he should take “responsibility” for his actions.

Someone tweeted: “You blame your ex-wife for drinking? You were a drunk before you married her!

“Speaking poorly about the mother of your children pretty much makes to [sic] a terrible father and a total head!”

Another added: “@BenAffleck sounds like your blaming your ex-wife for your drinking! Scumbag!” Another person commented: “You’re a dhead. Even if that’s the case about unhappiness in your marriage why would you drag your ex through the mud publicly and seemingly blame that situation for your own self-destructive choices.”

The actress from 13 Going On 30 was not pleased with her ex’s public disclosure, which a source told InTouch that his words felt like a “slap in the face.”

Jen isn’t particularly happy with Ben’s wording on the subject of why they divorced.

“He gave an interview saying he felt ‘trapped’ in the marriage, Jen wouldn’t have used that phrase or even opened up publicly like that. It was disrespectful,” said the insider.

Ben and Jennifer have remained close friends despite their breakup.

Ben checked into treatment on August 23, 2018, following an intervention by his estranged wife, according to reports.
According to TMZ, the Batman star went to a treatment clinic on August 22 after Jen went to his LA home and pleaded with him to seek help.

Jen appeared with “a lawyer and a Bible,” according to witnesses, and they left together after chats at his $15 million estate.

Jennifer has now moved on with businessman John Miller, whom she began dating in 2018, while Ben just rekindled his romance with Jennifer Lopez, whom he had previously dated.

As per The-Sun, the Hustlers star and the Gone Baby Gone director rekindled their romance earlier this year more than 15 years after calling off their engagement.

Their romance grew swiftly, and they were seen touring multimillion-dollar properties in Los Angeles together.
JLo and Ben also looked at a $85 million mansion in Beverly Hills, California, that had enough room for their five children.