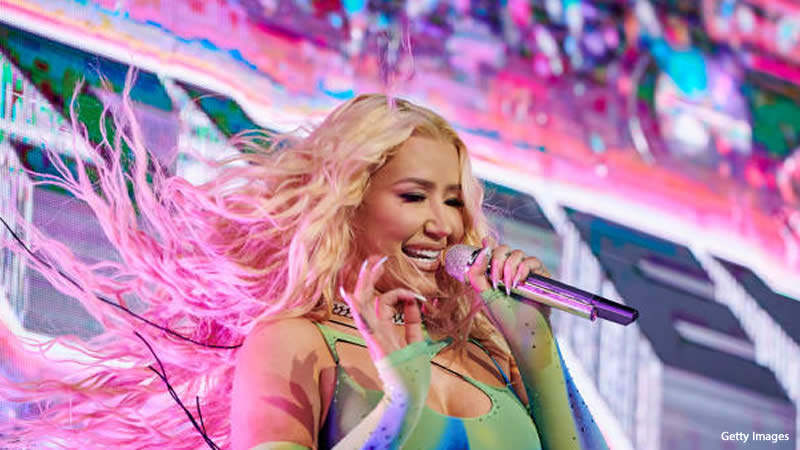 Iggy Azalea is teasing new content that will only be available on OnlyFans.

The Grammy Award nominee, 32, will work with the renowned subscription-based site to launch her new multimedia project Hotter Than Hell x OnlyFans, which will include poetry, photography, and video, as well as her highly anticipated fourth studio album.

“I’ve been working on Hotter Than Hell for over six months already, and I’m full of excitement and nervous anticipation to begin revealing it to the world, layer by layer,” Azalea said in a statement.

“Admittedly, I never knew OnlyFans was a place where I could be creative, so I didn’t expect to be collaborating with them on my biggest project to date!”

To gain exclusives and first-look access to the content, fans must subscribe for a monthly fee of $25, which can be found on her OnlyFans page. The project will be completed in December 2023, with the release of a companion coffee table book.

The material will be “tongue-in-cheek fun and unapologetically hot,” according to the Australian rapper, which is one of the reasons she selected OnlyFans to start it.

She explained: “I feel excited about not having to worry about the overwhelming and creatively limiting censorship artists have to navigate when sharing work on other digital platforms.”

“The project is bold and fun – so is this collaboration – I think it’s going to surprise a lot of people,” added Azalea.

Azalea also teased a visual collaboration with collage artist Ian Woods that would be included in Hotter Than Hell. The image includes two pictures of Azalea: one in the color of her sticking out her tongue to eat a cherry and one in black and white of her posing naked in heels.

On Monday, the New Classic musician teased the new project and album in a tweet in response to a fan’s question about when they may anticipate new music this year. “Music?… summer. Scandalous s—?… Friday,” Azalea tweeted.

Azalea also released a steamy promo on Friday, which shows the singer in her underwear on a bed, shooting herself with a video camera. The teaser shows glimpses of a man logging online to watch Azalea and message her, a hint to OnlyFans’ mostly adult clientele.

Hotter Than Hell follows Azalea’s third studio album The End of an Era, which included songs like “I am the Stripclub” and “Sip It” with Tyga.