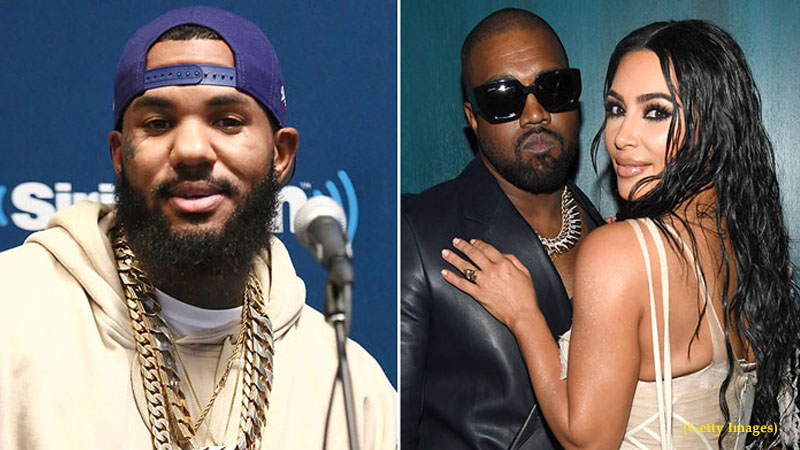 The Game is revisiting an “awkward” conversation he had with Kanye West earlier this year.

The Compton rapper reflected on how his ex-girlfriend Kim Kardashian influenced his working relationship with his “Eazy” collaborator. The game spoke with Complex about his past comments against Kanye West‘s ex-wife while promoting his new album Drillmatic, as per RaP-UP REPORTED.

“Anytime I’ve ever needed Ye, he’s always been there for me and this is after I disrespected his marriage at times by saying what I and Kim used to be and all of this stuff like that,” he told host Speedy Morman.

The game made offensive comments about Kanye’s ex on a song that was recorded for his 2019 album Born to Rap. “I’m a goat, ni**a / I held Kim Kardashian by her throat, ni**a / I made her swallow my kids until she choked, ni**a,” he rapped on the track before offering an apology to Kanye: “I should apologize, ’cause Ye my folks, ni**a.”

Game admits it was “awkward” at first, but they were able to move past it. “Now it’s just like Ye being honest and it’s all good. More power to Kim and what she’s doing and Ye and their whole dynamic in raising their kids.”

While they’ve gone their separate ways, Game wishes that Kimye was still together. “I believe that co-parenting is beautiful. I wish that they were still a unit, ’cause Kim and Kanye was like a thing,” he said. “They got four beautiful children and I hate when families break up. But they both seem happy elsewhere and that’s cool too.”

He also talked about his controversial “Drink Champs” interview, in which he said that Ye did more for him in two weeks than Dr. Dre did in his whole career.

On July 1, Game will release his new album Drillmatic, which he has declared the “best album of 2022.”