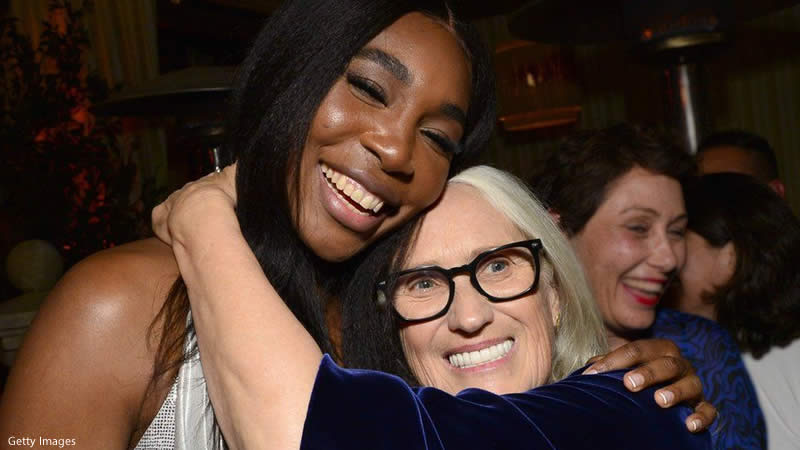 Director Jane Campion has apologized to tennis legends Venus and Serena Williams for making “thoughtless” remarks about them during her Critics’ Choice Awards victory speech on Sunday night.

Campion, a white woman from New Zealand, made the remarks while accepting the Best Director award for her film The Power of the Dog.

In her acceptance speech, Campion — the category’s lone female nominee — lauded the Williams sisters as “marvels” in their field, but hinted that the two Black women did not have the same challenges in terms of gender equality as women in film.

“Serena and Venus, you are such marvels. However, you don’t play against the guys, like I have to,” Campion said with a laugh.

Her comments sparked backlash on social media, with commenters pointing to the years of racism and sexism the Williams sisters faced in their careers.

Others observed a level of obliviousness. The idea that a white woman from a socially privileged upbringing had a more difficult route to success than the two Black tennis superstars was regarded by some as exemplifying white feminism.

“I made a thoughtless comment equating what I do in the film world with all that Serena Williams and Venus Williams have achieved. I did not intend to devalue these two legendary Black women and world-class athletes,” Campion said on Monday in a statement, according to media reports.

“The fact is the Williams sisters have, actually, squared off against men on the court (and off), and they have both raised the bar and opened doors for what is possible for women in this world. The last thing I would ever want to do is minimize remarkable women.”

As per BBC, the Power of the Dog, directed by Campion, has received critical acclaim. The film is an examination of queer people in the American West and has sparked conversations about the history of gay cowboys and toxic masculinity.