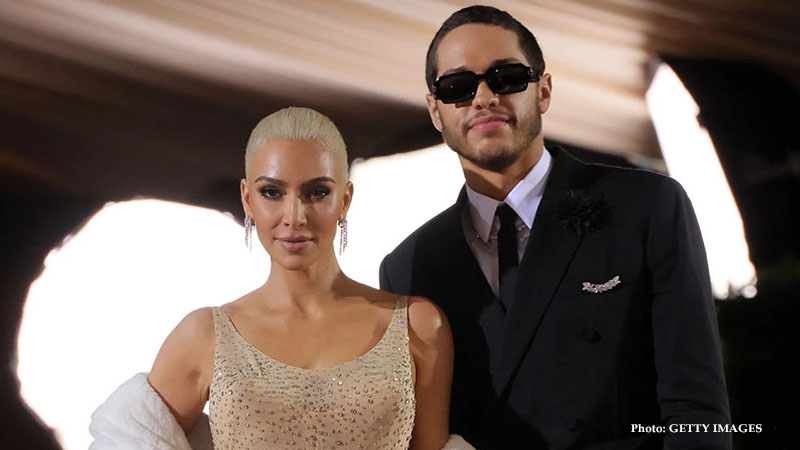 Did Kim K and Pete Davidson’s break-up impact the kids?

Pete Davidson kind of came off like a family guy for the past few months. Beyond what he mentioned about family, he was also observed developing a bond with Kim Kardashian‘s children North, Psalm, Saint, and Chicago, sometimes even without mom around.

He told Kevin Hart he wants children of his own. The younger members of the family might often find it difficult when a relationship ends, but how are the kids doing now that mom and dad have reportedly split up?

Actually, a person with knowledge of the matter claims that Pete has been essentially absent from the scene for longer than fans may have realized. They don’t seem to be taking things too seriously, therefore.

According to an Insider who spoke with ET, the timing of Kim Kardashian’s breakup with Pete Davidson couldn’t have been better.

When the two decided to end their relationship, the actor was in Australia filming. He had been in the nation filming Wizards! with Orlando Bloom, Naomi Scott, and other actors. In an attempt to reignite the flames, Kim Kardashian once made it a point to visit and spend a “racy” weekend there with her then-beau.

In July, that weekend took place. According to sources, Kim Kardashian and Pete Davidson split up by the first week of August.

The good news is that there doesn’t appear to have been any conflict surrounding the split with the kid’s thanks to Pete Davidson’s recent isolation from the family. Or as the insider put it:

“They enjoyed Pete’s company, but they aren’t bothered by the break-up, especially since they weren’t seeing Pete a whole lot near the end.”

Interestingly, Kanye West was the only person who appeared irritated about the time Pete Davidson had previously spent with the children.

According to reports, the rapper was “very upset” when images of the former SNL star spending time with his six-year-old Saint West appeared online. The two had visited the Cheesecake Factory together (a solid choice). Kanye would also later roast Davidson after his break-up with Kim.

Interestingly, despite the split, Pete Davidson is expected to be a storyline in Season 2 of The Kardashians, which hits the schedule on September 12th.

The Kardashians Season 2 trailer has already been released, offering us a sneak peek at what to anticipate, as well as clips of Kim’s kids and Kim herself discussing “personal confidence.”

As per people, as things have seemingly calmed on the break-up front, Pete Davidson had continued filming Wizards! and allegedly even landed a bit of breakup advice from Orlando Bloom, who has already gone through notorious splits in the past.

Kim Kardashian, meanwhile, is apparently already prepared to re-enter the dating scene. It appears that she has a “whole new world” of prospects ahead for her.