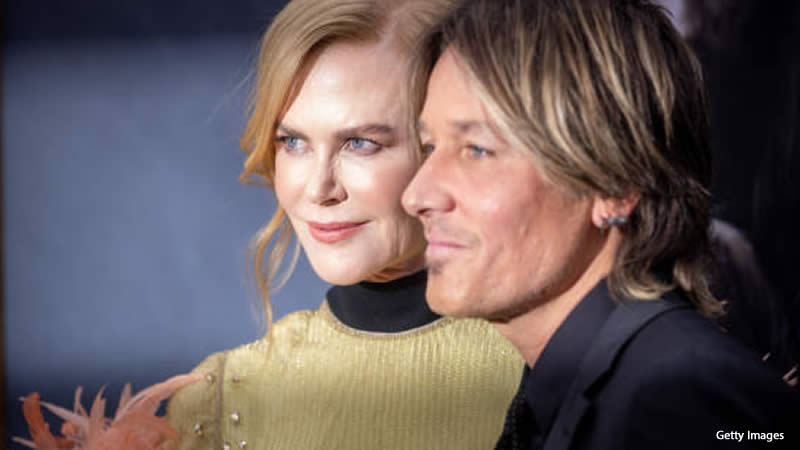 Although it may not come as a surprise, Nicole Kidman isn’t the only Hollywood actress who loves former American Idol judge and rock star Keith Urban.

While on tour, the 54-year-old “Wild Hearts” singer is presently scorching stages across the United States, and Nicole is, of course, there to support her husband of 16 years. Emma Roberts, who appeared in Scream Queens, is among the other famous people that are present to support Keith.

Emma shared a photo of herself enjoying one of Keith’s concerts with her huge following of over 18 million fans on Instagram. She simply wrote “I 💙 @keithurban” as the caption for the post of herself dancing in front of the stage.

Fans of Emma rallied around the actress in agreement, but among the thousands of likes on her post, it was this comment that had everyone doing this: 👀.

Nicole swooped into Emma’s comment section to jokingly say, “I understand how you feel… 😉” and that winking face emoji says it all. The two are very much still smitten with each other after having two children of their own and managing their busy lives for years.

Although Emma and Nicole haven’t worked together, it’s clear that the two have a strong Instagram relationship that’s giving major “bestie” vibes. For example, around last Halloween Nicole posted an iconic throwback photo from her 1998 film Practical Magic and Emma took the time to leave this sweet comment: “Favorite ever of all time 😍.”

As per Yahoo, for her part in the anthology series American Horror Story, Emma is said to have even researched Nicole’s performance in the psychological horror movie The Others.

Additionally, Nicole might be able to offer Emma some advice now that she has “executive producer” to her portfolio thanks to Netflix‘s most recent original show First Kill and the upcoming Hulu film Tell Me Lies, and throw a little meet and greet with Keith in for good measure!