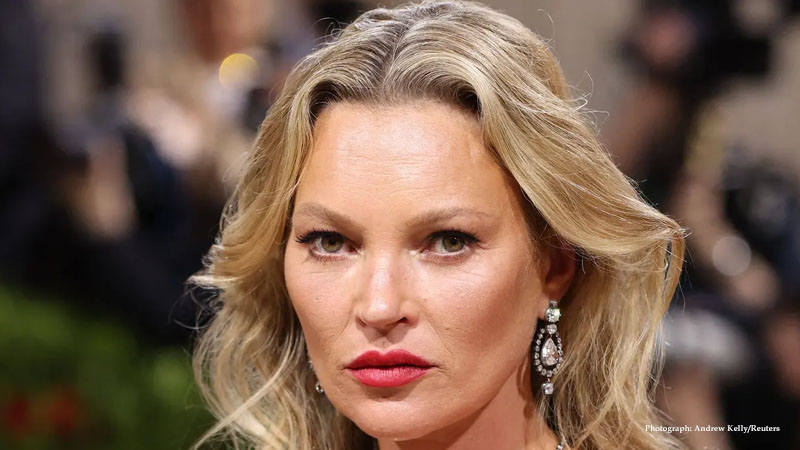 The British supermodel talks candidly on BBC radio’s Desert Island Discs about her drug use, defending Johnny Depp and being ‘objectified and scared’

One of the most well-known models in the world, Kate Moss, has expressed her rage at the criticism she received after pictures of her doing cocaine in 2005 were released. She feels that she is to blame for her circle’s widespread acceptance of drug use.

“I felt sick and was quite angry,” the British supermodel revealed on Sunday in a rare radio interview, “because everybody I knew took drugs. So for them to focus on me, and to try to take my daughter away, I thought was really hypocritical.”

According to The Guardian, despite not being charged with a crime and retaining her daughter Lila, Moss lost lucrative partnerships with several prestigious businesses and eventually issued a formal apology in a public statement. She confessed to Lauren Laverne, host of the venerable Desert Island Discs program on BBC Radio 4, that “I really had to apologize if people were looking up to me.”

Moss, 48, has stood for the epitome of British cool for 30 years. The woman, whose life motto is “never complain, never explain,” was inspired by her ex-boyfriend Johnny Depp, who used the interview to open up about the anxiety that plagued her teenage modeling career as well as the abuse and mistreatment she experienced in the industry.

Moss also discussed why she decided to speak out in support of Depp in his recent American libel case against his ex-wife, Amber Heard, and how she defended her longtime friend, the British fashion designer John Galliano, who was convicted of using racist language in 2011.

“I believe in the truth and I believe in fairness and justice,” she said. Her appearance at Depp’s trial was prompted by a wish to set the record straight. “I know the truth about Johnny,” Moss said. “I know he never kicked me down the stairs. I had to say that truth.”

The urge to stand by Galliano came from her belief that he is “not a bad person – he had an alcohol problem and people turn.”

“People aren’t themselves when they drink,” suggested Moss, “and they say things that they would never say when they were sober.”

At 14 years old, Moss was approached on an airplane journey by the owner of the Storm modeling agency, but she didn’t imagine herself as a model. “I thought it was vain,” Moss said.

The start of her career in 1988 was traumatic and “a hard slog”, she recalled. She had to travel across cities alone for photographing castings. At 15, she had the “horrible experience” of being asked to take off her top for a bra catalog shoot. “I was really shy then about my body, and I could feel there was something wrong, so I got my stuff and I ran away.”

She says the experience “sharpened her instincts” – “I can tell a wrong ’un a mile away.”

After a photo shoot for The Face magazine with her friend and photographer, the late Corinne Day, on Sussex’s Camber Sands, her 16-year-old face was suddenly in high demand on a worldwide scale.

Moss admits crying “a lot” about being naked. “She [Day] would say, ‘If you don’t take your top off, I am not going to book you for Elle. It is painful. I loved her, she was my best friend, but she was a tricky person. But the pictures are amazing, so she got what she wanted and I suffered for them, but in the end, they did me a world of good really. They changed my career.”

As a result, Moss was chosen by American designer Calvin Klein for an underwear commercial in 1992. However, Moss’ memories of this job, which involved posing with actor Mark Wahlberg in New York, are “not positive.” In order to overcome her anxiety and get ready for work, she took Valium.

Topless again, Moss felt “objectified and vulnerable and scared”, she told Laverne, adding: “They played on my vulnerability. Calvin loved that.”

Her friend Day was responsible for the controversial images taken for Vogue magazine a year later, which were decried for promoting “heroin chic”. Pictured in her own flat, the ever-slim Moss was shown in underwear. “I was a scapegoat for a lot of people’s problems,” Moss said. “I was never anorexic. I never have been. I had never taken heroin. I was thin because I didn’t get fed at shoots or in shows and I’d always been thin.”

A quote often attributed to Moss, that “Nothing tastes as good as skinny feels”, was not her own coinage, she said. It came from a note stuck to the fridge door in a flat, designed to dissuade a dieting friend from snacking.

Moss said she believes she spent a lot of time alone as a child. Her parents were a “glamorous” mother Linda, who worked part-time in a bar, and a travel agent father Peter. Her mother was startled when her daughter was offered modeling work because her daughter’s appearance was not noticed at home.

Her unruly “headstrong” teenage behavior worsened, Moss remembers, once her parents split up: “I started smoking a spliff and I hung out with older boys,” she says, confessing she was full of sadness. “Yes, I was heartbroken … it was all a bit dark.”

Moss has moved her main home to her Cotswolds country house and reveals she has become obsessed with gardening. Partying, she says, is “boring to me now”, adding, “I’m not into being out of control anymore.”