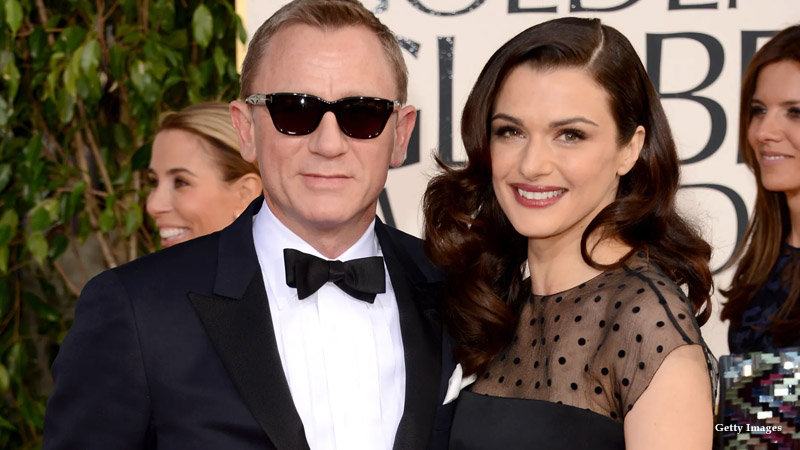 With Daniel Craig’s latest film, Glass Onion: A Knives Out Mystery, releasing on Netflix over the Holiday season and earning a variety of nods, fans are reigniting their interest in the English actor.

While the 54-year-old has shown that he can do practically anything in the spotlight, he prefers to keep his personal life private away from the spotlight, especially when it comes to his wife, fellow actress Rachel Weisz, 52, and their mixed family. Nonetheless, she will certainly show her support for Daniel at the 80th annual Golden Globes Awards.

So, how did the star with the sparkling blue eyes meet his wife of over 10 years? It all started in London in 1994. People report that the two celebrities initially met 15 years before they started dating. In 1994, they were both casts in Les Grands Horizontales at the National Theatre Studio. During this time, Daniel was divorcing actress Fiona Loudon, with whom he has a 30-year-old daughter, Ella.

Rachel, who was unmarried at the time, eventually met her first husband, filmmaker Darren Aronofsky, with whom she married in 2005 and had their son Henry, now 16, a year later. They divorced in 2010, and Rachel and Daniel reunited a few months later.

They started dating in private after being cast in the psychological thriller Dream House. After being together for six months, the couple married less than a year later in a private ceremony in June 2011. According to People, the only guests for the wedding were the stars and their children.

Despite the fact that Daniel and Rachel have made more public appearances after their wedding, they have kept their marriage private. Daniel shared a brief and rare insight into the relationship in a 2012 interview with British GQ. “I’m in love. I’m very happy,” he told the magazine. “Life is long and I am hopefully in this for the long run.”

Rachel has expressed the same sentiments, but she has also revealed why he isn’t often the topic of conversation.

“He’s just too famous. It would be a betrayal. You have to protect your marriage,” she told MORE magazine in November 2015. “When you’re young, you tell your girlfriends everything. One of the great pleasures of not being an adolescent is that you don’t have to share everything. When you’re married, that door closes. The audience goes, and you’re in your own life.”

Fast forward to September 2018, when the James Bond actor and The Favourite actress had her child, Grace. Despite that none of them has social media and does not post pictures of their families online, Rachel claimed that they were excited about the celebration.

“Daniel and I are so happy. We’re going to have a little human,” she told The New York Times in April 2018 before giving birth. “We can’t wait to meet him or her. It’s all such a mystery.”

Rachel made a rare appearance with Daniel at Glass Onion’s London premiere. Despite her short appearance, we’re sure she’s happy with his new work, as she stated in a Good Morning America interview in 2018.

“We talk about films that we love or plays. We love to go to see theater and discuss things that we’ve seen,” she told the outlet. “We respect each other. We appreciate each other’s work.”