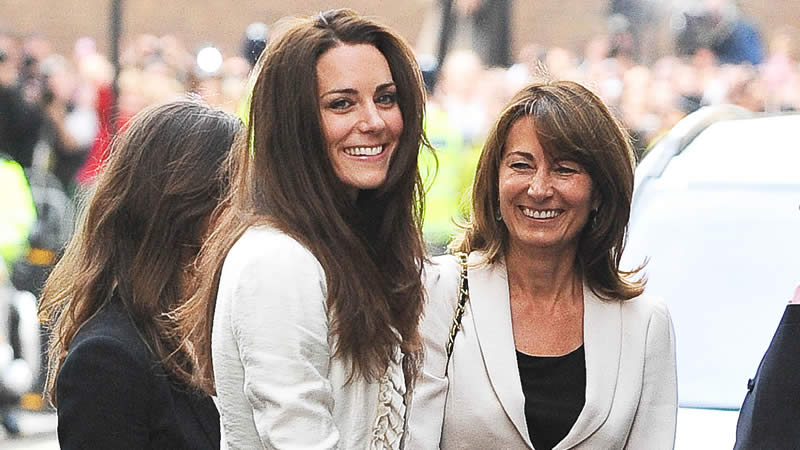 Carole Middleton, Kate Middleton’s mother, has spoken out about her heartbreaking fear for her daughter’s royal future with Prince William.

On U.K. Mother’s Day, the royals have been known to post heartfelt tributes on social media.

The Duchess of Cambridge used Instagram last year to honor her mother Carole.

Kate is seen holding her mother’s hand in a throwback photo of the pair, who appears to be pregnant with Kate’s younger sister, Pippa Matthews.

Carole has previously been referred to as the “power behind the throne” for her role in supporting Kate and William in their responsibilities as full-time working royals.

Carole, on the other hand, had some concerns about her daughter’s royal future at one point.

Kate and William first met in 2001 at the University of St Andrews, where they were both students.

Carole was “concerned” after the pair separated up for the second time in 2005, with no proposal on the cards.

Katie Nicholl, a royal expert, stated in 2009 that Mrs. Middleton was becoming “worried about Kate’s future.”

A source close to the Middleton family told Ms. Nicholl: “Carole is concerned that Kate’s life has come to a bit of a standstill.

“She says Kate can’t get on and do normal things because of the public interest in her.

“She’s of the opinion privately that William should make an honest woman out of her so that she isn’t left waiting in limbo.”

After finishing university, the Duchess worked at her parents’ company and as an accessories buyer at Jigsaw, which she did part-time to allow her to fulfill her royal girlfriend duties.

Kate was dubbed ‘Waity Katie’ because of the length of time she waited for William to get down on one knee.

During a trip to Kenya in 2010, the Duke proposed using Princess Diana’s engagement ring, putting an end to both the nasty nickname and Carole’s fears.

Kate and William married in a lavish ceremony at Westminster Abbey in April 2011.

In recent years, the couple has taken on extra obligations as part of their royal duties.

The Duke and Duchess are now on a Caribbean tour to commemorate the Queen’s Platinum Jubilee.

They traveled without their children, who are most likely being cared for by Maria Teresa Turrion Borrallo, their nanny.

Ms. Borrallo, on the other hand, might not be the only one looking after George, Charlotte, and Louis at this time, as their grandmother Carole is known to be quite hands-on.

As per Express, Carole described how she enjoys spending time with her grandchildren in the great outdoors in a previous interview with Good Housekeeping.

Carole said: “I want to run down the hills, climb the trees and go through the tunnel at the playground.

“As long as I am able to, that’s what I’ll be doing. I cook with them, I muck around dancing, we go on bike rides.”

On Saturday, Kate and William will return from their Caribbean trip, just in time to celebrate Mother’s Day with their children.