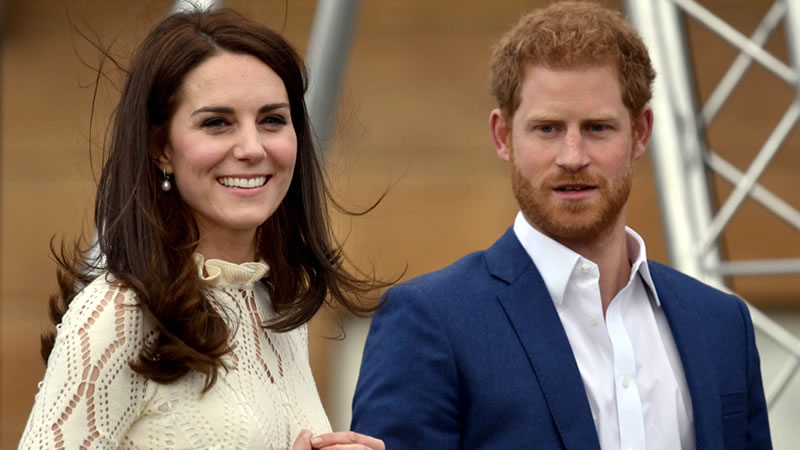 Kate Middleton is, allegedly, ready to retaliate if Prince Harry drags her into his memoir.

Kate Middleton and Prince Harry were once close friends. Indeed, soon after the Duke and Duchess of Cambridge announced their engagement, Prince Harry publicly congratulated the royal couple. In addition, he told reporters that Middleton is the sister he never had.

However, there have been rumors that Prince Harry and Middleton have grown estranged from one another, and this is said to be due to Meghan Markle.

Woman’s Day claimed in its Jan. 17 issue that Middleton and Prince Harry’s relationship has become so estranged that the latter has lost regard for the former’s feelings. As a result, the Duke of Sussex is rumored to be making plans to include the future queen consort in his memoir.

“Catherine and William have been assured that the palace will demand to see any content involving their family and will take whatever steps they can to stop anything problematic from being published, but they can only do so much. William and Catherine are prepared for the worst,” an unnamed source said.

According to reports, Prince William and Middleton expect that Prince Harry will criticize his older brother in his memoir. To their surprise, Markle’s husband intends to do the same to Middleton.

Before Prince Harry and Meghan Markle married, the father of two and Middleton was as close as thieves.

“They had such a good brother-sister bond. I know Harry valued that immensely, as did Kate, so when things went pear-shaped she found it very unsettling. But she also trusted that he would never drag her into a public war. So, being told she might have to prepare to feature in his tell-all was a real shock to Kate. She feels utterly betrayed,” the unnamed source explained.

If this feud between Middleton and Prince Harry had occurred years ago, the former would have avoided any confrontation, let alone a full-fledged feud. However, this is no longer the case.

“It’s different now. Her children are growing up and George is old enough to know what’s going on. If Harry drags her into his vendetta against the family, it will affect her children and she won’t stand for that. Harry might have confused her passiveness over the years with being a pushover, which she is not, especially where her babies are concerned. She’s ready to push back on every single inkblot of Harry’s memoir that mentions her if it should come to that,” the unnamed source said.

The Duke of Sussex may regret dragging his sister-in-law into his memoir because Middleton will not back down.

Prince Harry Memoir To Be Released Much Later

Prince Harry’s memoir, on the other hand, has nothing to do with the Duke and Duchess of Cambridge. The Duke of Sussex previously explained what his memoir is about in his statement.

“I’m writing this not as the prince I was born but as the man, I have become. I’ve worn many hats over the years, both literally and figuratively, and my hope is that in telling my story—the highs and lows, the mistakes, the lessons learned—I can help show that no matter where we come from, we have more in common than we think. I’m deeply grateful for the opportunity to share what I’ve learned over the course of my life so far and excited for people to read a firsthand account of my life that’s accurate and wholly truthful,” he said via Cosmopolitan.

According to reports, Prince Harry will most likely delay the release of his memoir after Prince Charles publicly extended an olive branch to him.

Prince Harry was recently praised by the future king for his efforts to combat climate change.

Royal commentator Richard Fitzwilliams told The Sun that one thing Prince Charles, Prince William, and Prince Harry have in common is their concern about climate change.

“Harry’s relations with his father have of course been extremely strained. The fact that Charles has done this in Newsweek, which has a large circulation in America, I think it’s clearly a form of an olive branch in the hope that there will be a form of reconciliation,” he said.

As of late, there has been no official announcement regarding the delay of Prince Harry’s memoir or whether it will include criticisms of Kate Middleton and Prince William.

Bob Saget, beloved TV dad Dies at 65
Queen Elizabeth is said to be moving with Prince William and Kate Middleton at Windsor