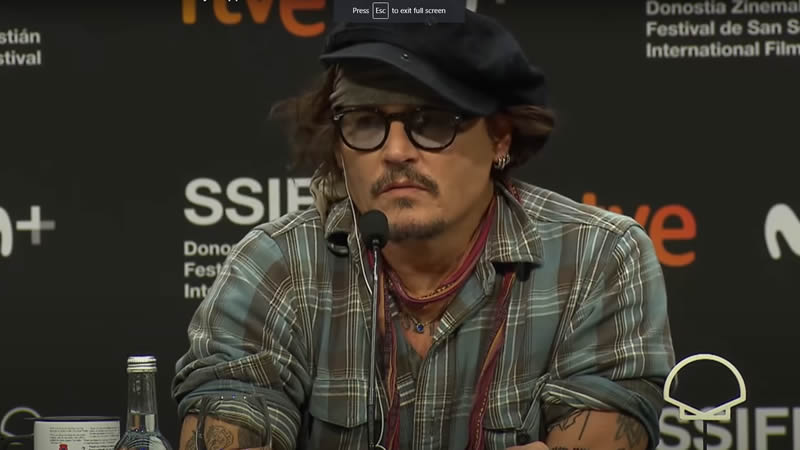 Hollywood star Johnny Depp was awarded a lifetime achievement award on Wednesday at the San Sebastián International Film Festival in Spain, he warned that nobody is safe from the “instant rush to judgment” handed out by the cancel culture.

Depp was labeled as a “wife-beater” when he lost a defamation case against a British newspaper last year.

He claimed that things had gotten out of hand, in what appeared to be a reference to the #MeToo movement, which has focused on sexual harassment and assault of women by powerful men.

He said, “The various movements that came out, I’m sure with the best of intentions – however it’s so far out of hand now that I can promise you that no one is safe.”

He also scolded “this cancel culture or this instant rush to judgment based on essentially what amounts to polluted air that’s exhaled.”

It comes after his ex-wife, Amber Heard, alleged domestic violence against him went public. Mr. Justice Nicol dismissed Depp’s libel claim after he found the allegations to be “substantially correct”.

He said: “I have found that the great majority of alleged assaults of Ms. Heard by Mr. Depp have been proved to the civil standard.”

Depp denied the allegations that he was abusive towards Heard, and said, “No one safe, but I believe that if you are armed with the truth then that’s what you need.”

Many females in the industry and women’s rights organizations had criticized the festival’s decision to present him with the Donostia Award, which was given “in recognition of his career.”

Past recipients of the Donostia prize, which is named after the Basque term for San Sebastián, the festival’s highest honor, include actors Meryl Streep, Richard Gere, Ian McKellen, and Robert De Niro.