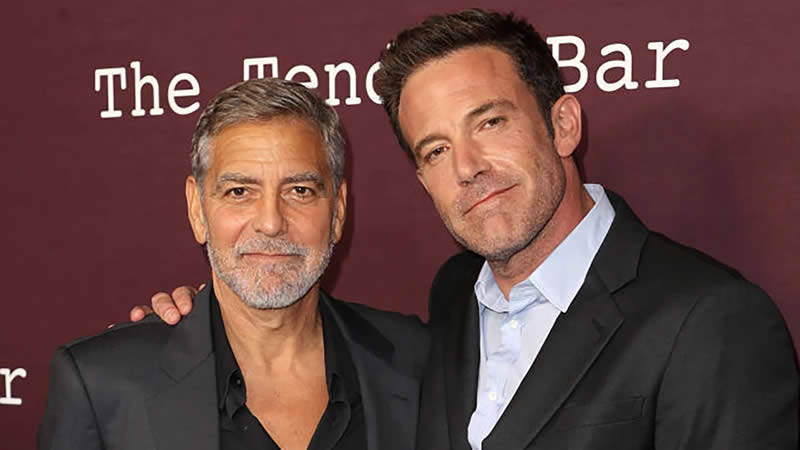 Because of Ben Affleck’s past with alcohol addiction, George Clooney told The Times of London that he was concerned about filming him in a bar.

Clooney is the director of the upcoming film “The Tender Bar,” which is based on JR Moehringer’s memoir about his childhood years spent at his uncle’s bar. Moehringer is played by Tye Sheridan, while Affleck is his uncle, Charlie.

The Times senior reporter Jonathan Dean said during the interview that Clooney was “a terrific gossip about his friend” Affleck. Dean, paraphrasing, wrote that Clooney told him he “was worried about filming in a bar because Affleck is a recovering alcoholic.”Affleck has been open in the past about his battle with alcohol addiction after checking into rehab for the first time in 2001.

I drank relatively normally for a long time,” the 49-year-old actor told The New York Times. “What happened was that I started drinking more and more when my marriage was falling apart. This was 2015, 2016. My drinking, of course, created more marital problems.”

As per Insider, In 2018, Affleck opened up about his recovery in a now-deleted Instagram post after spending 40 days in rehab.

“Battling any addiction is a lifelong and difficult struggle,” the “Good Will Hunting” actor wrote. “Because of that, one is never really in or out of treatment. It is a full-time commitment.”It helps to know I am not alone,” he added. “As I’ve had to remind myself, if you have a problem, getting help is a sign of courage, not weakness or failure.”

Following his stay in rehab in 2018, Affleck went on to star in the film “The Way Back,” in which he played an alcoholic basketball coach. Affleck started his personal experiences helped him become a better actor in an interview for The Hollywood Reporter’s Actor Roundtable series earlier this year.

The Tender Bar” will be released in select cinemas on December 17 and will be available on Amazon Prime on January 6, 2022.

Continue Reading
You may also like...
Related Topics:George Clooney

Harry’s Comment ‘Who The Hell Do You Think You Are?’ To William Broke Their Close Bond
Meghan, Duchess of Sussex wins another Privacy dispute with tabloid