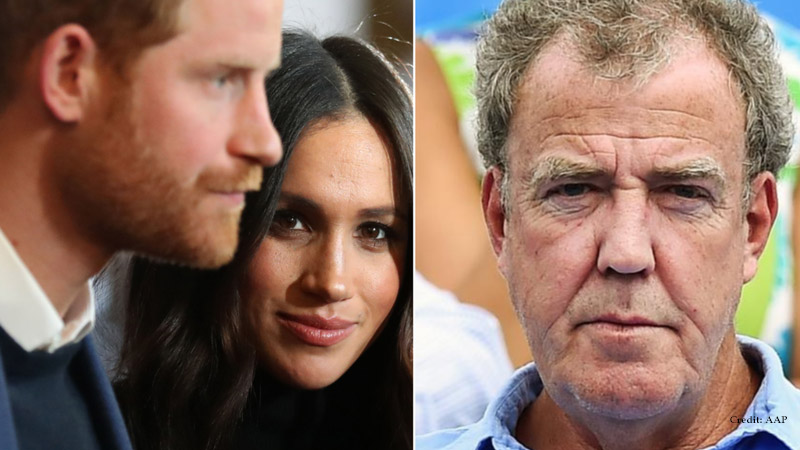 Jeremy Clarkson opened a can of royal whoop-ass for his comments on Meghan Markle in a recent article for the UK newspaper The Sun. On Saturday, Prince Harry and his wife Meghan dismissed the newspaper’s apologies for carrying the column, calling it a “public relations stunt” and claiming they had not been approached directly.

“While the public absolutely deserves the publication’s regrets for their dangerous comments, we wouldn’t be in this situation if The Sun did not continue to profit off of and exploit hate, violence, and misogyny,” a spokesperson for Harry and Meghan said.

“A true apology would be a shift in their coverage and ethical standards for all. Unfortunately, we’re not holding our breath.”

In the column, Clarkson wrote of Duchess Meghan: “At night, I’m unable to sleep as I lie there, grinding my teeth and dreaming of the day when she is made to parade naked through the streets of every town in Britain while the crowds chant, ‘Shame!’ and throw lumps of excrement at her.”

A similar punishment was handed out to Queen Cersei in HBO’s fictional Game of Thrones.

Readers of the shaming column were furious. The Independent Press Standards Organization, the UK’s press regulator, claimed it had received more than 17,500 complaints, the highest for any item since its establishment in 2014.

The Sun, in its apology, said: “We at The Sun regret the publication of this article and we are sincerely sorry.” The offending column has been removed from its website and archives.

More than 60 politicians signed a letter to The Sun’s editor, penned by Caroline Nokes, chair of parliament’s Women and Equalities Select Committee, warning that such articles contribute to a climate of hatred and violence towards women.

Clarkson apologized on Twitter last week, saying he was “horrified to have caused so much hurt” and promised to be “more careful in the future.”