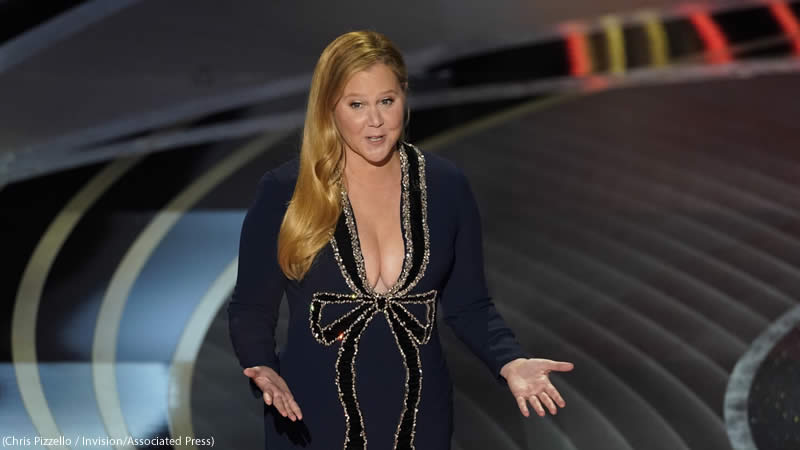 Amy Schumer sat down by Watch What Happens Live With Andy Cohen on Wednesday and shared what was going through her mind following Will Smith’s infamous slap across Chris Rock’s face at the Oscars.

Schumer was one of three hosts for this year’s Academy Awards ceremony, where, following the slap heard and seen around the world, Smith went on to win the Oscar for Best Actor for his role in King Richard — and received a standing ovation.

Schumer shared, “I’ll just say, I was backstage and I knew I had to go out. I was kind of the only host that was going out solo after that. It really felt like the Situation Room, you know, of comedy.”

Schumer continued to explain her amazed reaction to the unpredicted moment, as she added, “We were all just, like, watching the monitor. And then he won. Everybody was just kind of floored with the whole thing. And I was just thinking about — what am I going to do when I go out there.”

During a standup routine the following weekend, Schumer expressed that the incident was “upsetting” and that Smith’s slap “says so much about toxic masculinity.” However, at this time, Schumer controlled it like a pro, further stating that the moment “really changed the air in the room.”