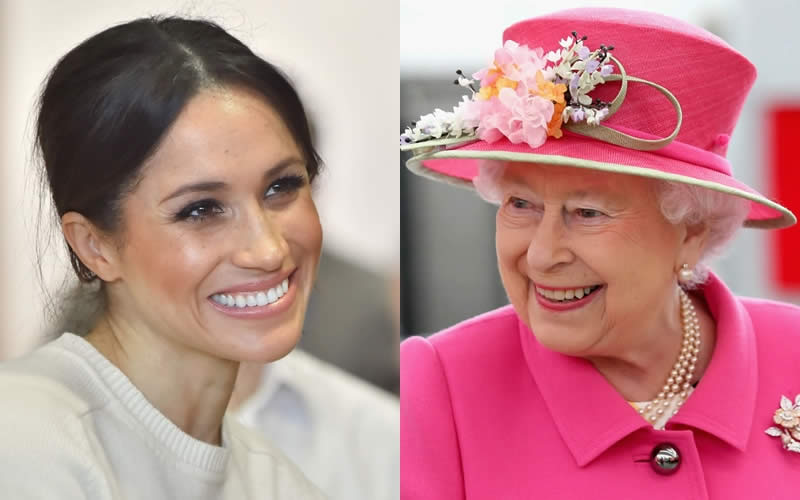 Meghan Markle mocked Queen Elizabeth II in her birthday video with her friend Melissa McCarthy, according to a royal expert.

On her birthday, she uploaded a video with her friend Melissa McCarthy. A royal specialist believed she was mocking the Queen in the video.

At the beginning of the clip, Melissa McCarthy was attempting to guess Meghan Markle’s new project. She also made a joke about the couple’s photo taken under the Christmas tree.

Angela Levin, the royal expert, commented in the video and pointed out McCarthy’s outfit. The Spy star appeared in a silk dressing gown. She then changes into a formal dress with a glove, fascinator, and large pearls.

Later, Markle joined the party while sipping tea from a small cup. Levin immediately took to Twitter to inquire if anybody else thinks Markle is “mocking the Queen in her birthday video” beside herself.

Markle was holding an old-fashioned cup and saucer as if it were her first encounter with Queen Elizabeth, and McCarthy was sipping from the cup while wearing a fancy hat and gloves, according to Levin – the source says.

Angela Levin isn’t the only one who criticized Meghan Markle’s 40:40 idea in the video. The duchess hopes to enlist the help of 40 of her friends to spend 40 minutes and assist a lady who will be re-entering the workforce amid the pandemic.
Hannah Martin from the Talented Ladies Club allegedly felt that it was a “publicity stunt,” Express reported. For Martin, Markle’s effort is a great gesture but they forgot to discuss how one can participate in the project.

According to Micky, she went on to say that if Markle truly wanted to help, she should have a deeper understanding of certain issues. It would also be ideal if, in addition to the conversation, the appropriate persons took action on the ground.