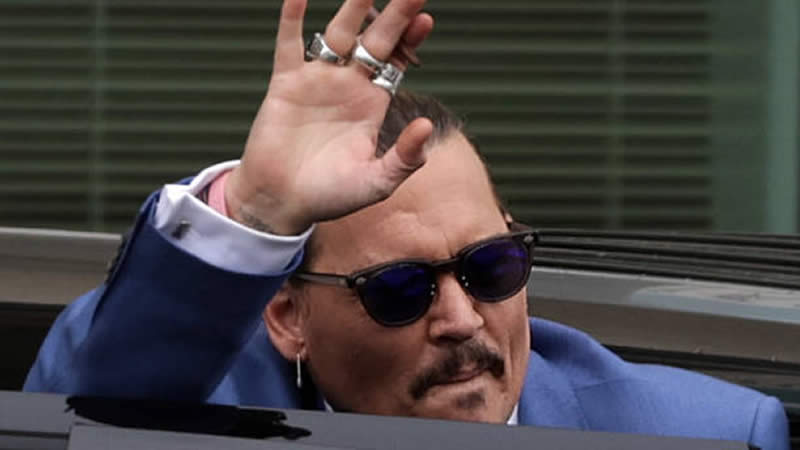 Ben Rottenborn, the attorney for Depp’s ex-wife, dived into Depp’s feelings about the mega-film franchise during cross-examination at his defamation case against Amber Heard.

Depp’s $50 million lawsuits was launched after Heard claimed to have experienced domestic abuse in an op-ed she penned for The Washington Post.

Johnny Depp, 58, believes his career was destroyed as a result of the remarks, despite the fact that she did not specifically mention him in the article.

Heard’s attorney, though, has questioned the timeliness of the op-ed in light of what might have already been happening at Disney.

According to Variety, Rottenborn questioned the Murder on the Orient Express actor over a Daily Mail report from October 2018 that claimed Disney planned to dump Depp from the sixth installment of The Pirates of the Caribbean series.

“I wasn’t aware of that, but it doesn’t surprise me,” Depp testified. “Two years had gone by of constant worldwide talk about me being this wife-beater. So I’m sure that Disney was trying to cut ties to be safe.
“The #MeToo movement was in full swing at that point.”

Then Rottenborn claimed that Depp wasn’t really interested in appearing in another Pirates movie even without Heard’s op-ed.

“The fact is, Mr. Depp if Disney came to you with $300 million and a million alpacas, nothing on this earth would get you to go back and work with Disney on a Pirates of the Caribbean film? Correct?” he asked.
Depp replied: “That is true, Mr. Rottenborn.”

Heard’s defense appears to be attempting to determine whether the Washington Post article about the Aquaman actor’s career had an impact after it had been published.

Depp insists that it did, telling the court: “I would be a real simpleton to not think that there was an effect on my career based on Ms. Heard’s words, whether they mentioned my name or not.”

But he acknowledged that the moment Heard first accused him of physical assault, just after they filed for divorce in May 2016, his image and reputation were damaged.

Depp said: “Once that happened, I lost then. No matter the outcome of this trial, I’ll carry that for the rest of my days.

“I’m suing her over defamation and the various falsities that she used to bring my life to an end.”

In addition, he noted that it seems Disney still wanted to capitalize on his character’s popularity despite the Daily Mail article’s suggestion that he would be dropped from Pirates of the Caribbean 6.

“They didn’t remove my character from the rides,” he explained to the court.

Sean Bailey, the chief of Disney production, announced Depp’s exit from the franchise to The Hollywood Reporter following the publication of Heard’s article.

He said: “We want to bring in new energy and vitality. I love the [Pirates] movies, but part of the reason (writers) Paul (Wernick) and Rhett (Reese) are so interesting is that we want to give it a kick in the pants.

“And that’s what I’ve tasked them with.”

In addition, Depp revealed (April 20) that despite being the star of the first Pirates of the Caribbean movie, he hasn’t seen it.

He said: “I didn’t see it … But the film did pretty well, apparently.

“And they wanted to keep going, making more. And I was fine to do that.”

Depp has insisted that he never assaulted Heard while they were together and has called her allegations against him ‘heinous’.

During his testimony in the Fairfax County courthouse in Virginia, the actor said: “Never did I myself reach the point of striking Ms. Heard in any way nor have I ever struck any woman in my life.”

While speaking about the actress, Depp also added: “One day you’re Cinderella so to speak, and then in zero point six seconds you’re Quasimodo.”

The trial, which started on April 11 and is being presented to 11 jurors, is expected to be concluded in May.