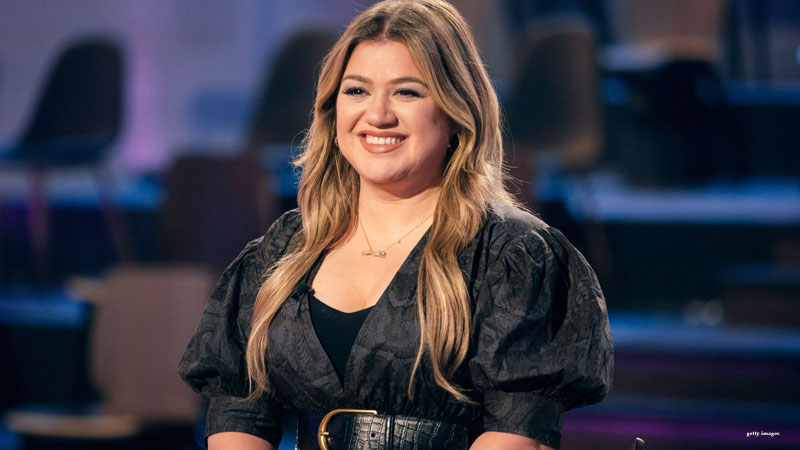 Kelly Clarkson has allegedly been whining about Brandon Blackstock despite her booming career.

Kelly Clarkson’s messy separation with Brandon Blackstock is giving her plenty of material for her upcoming album as they fight it out in court. Most, if not all, of the couple’s fans, are know that they got married in October 2013 after dating for two years.

Following their nuptials, Kelly Clarkson and Brandon Blackstock welcomed their children, son Remington in April 2016 and daughter River in 2014. After nearly seven years of marriage, the American Idol alum startled everyone by filing for divorce from the talent manager in June 2020, citing “irreconcilable differences.”

According to a recent story, Kelly Clarkson is allegedly still whining to her friends about Brandon Blackstock despite their growing irritation with her constant whining. For more information, keep reading.

According to a report in the August 1, 2022 issue of Globe Magazine, Kelly Clarkson still complains to friends about her ex-husband, Brandon Blackstock, despite having a successful career. An unnamed source told the entertainment outlet:

“They just want her to get on with her life, count her blessings and shut up.”

Kelly Clarkson’s career, which is flourishing thanks to a new album, a talk show, a game show, and a popular merchandise line, was revealed by the magazine to be fixated on her fight with the father of her two children. The same unidentified insider added:

“All she’s doing is whining and moaning how her ex, Brandon, is giving her grief, how tired she is, how lonely.”

According to a previous article in Globe Magazine, Kelly Clarkson is paying Brandon Blackstock a sizable settlement, and up until last month, he resisted leaving her Montana ranch. However, a tipster stated:

“[Kelly’s friends are] encouraging her to take more vacations, flirt with guys, anything to give her confidence a boost, because they’re tired of the same old broken record.”

Remember that the news of Kelly Clarkson and Brandon Blackstock’s separation was announced after the four-person family had spent several months residing in Montana because of the COVID-19 pandemic. In September 2020, the “Breakaway” hitmaker told Willie Geist:

“I mean, it’s no secret. My life has been a little bit of a dumpster. Personally, it’s been a little hard the last couple of months. I’ve been talking to friends that have been through a divorce. I don’t know how people go through that without having some kind of outlet because it is the worst thing ever for everyone involved.”

During an interview on the Today show that same month, Kelly Clarkson revealed to Hoda Kotb that she was attempting to “manage” going through a public split. The ex-ladylove of Brandon Blackstock said:

“You can ask anyone who’s gone through a divorce, I don’t think anyone expects it. You see yourself growing old with someone and then life has a different path. It’s so hard on everyone, and you know me, I’m really open. I try to be open and share … We all go through things. But at the same time, we have four kids total with each other. That’s a lot of hearts involved, and you just have to be really careful. … We’re in the public eye so that’s hard too, to try and be truthful but also keep your privacy.”

Kelly Clarkson has not yet responded to rumors that her pals are getting bored of her complaining about Brandon Blackstock. Therefore, unless everything is shown to be factual and accurate, ardent fans of the “Stronger” songstress should treat all of these unproven allegations with a hefty grain of salt.

Even after the latter moved off Kelly Clarkson’s property in Montana and into his new bachelor home, the legal disputes between the two are apparently still ongoing. The presiding judge reportedly delayed retirement despite the ex-divorce couple’s being finalized in March due to Kelly and Brandon’s ongoing struggles.

According to the DailyMail, Justice Scott Gordon, the private judge appointed to help Kelly Clarkson and Brandon Blackstock in 2021 with their legal matter, was scheduled to retire at the end of June. He claims that because of their ongoing disputes, he has been requested to delay his retirement.

“Attorneys for the feuding exes on Friday asked the Los Angeles Superior Court to extend retired Justice Scott Gordon’s term through July 31 because there are still issues that need to be settled between them.”

Most, if not all, fans are aware that a settlement between Kelly Clarkson and Brandon Blackstock in March included some specifics that were agreed upon. Along with financial limitations, their assets, including the ranch, animals, weapons, and many vehicles, were divided in half.

Kelly Clarkson consented to give Brandon Blackstock a one-time sum of $1.3 million, as well as $115,000 per month in spousal maintenance and $45,000 per month in child support. The judge allegedly extended his term through the end of July as a result of the ex-apparent couple’s return to court this month to settle a new, undisclosed dispute.

Continue Reading
You may also like...
Related Topics:Kelly Clarkson