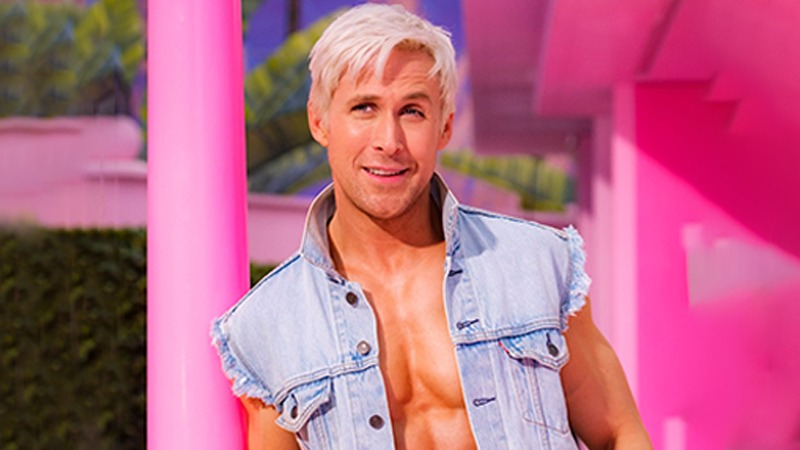 The reactions to Ryan Gosling’s look as Ken in the upcoming Barbie movie are aplenty and varied.

Here’s the first look at Ryan Gosling as Ken in the upcoming Barbie film. The actor not only looks the part, but he’s also groomed in a way that fits the movie’s zany tone, which also stars Margot Robbie as the titular Barbie. But, to be honest, a “serious” Barbie film is impossible to make. His underwear has “Ken” written on the
waistband. Hair has been bleached. Prepare for a barrage of memes and jokes, Yahoo reported.

Because Gosling has been a heartthrob for decades, the reactions to the look are complex and diverse.

One wrote, “ryan gosling is and always has been extremely hot.”

One other said, “I’m so happy like how do they keep making such good things. You’d think they’d run out of incredible things to make but then Greta Gerwig is like actually I’m gonna direct a Barbie movie and Ryan Gosling will be ken. Just very good.”

One tweeted, “I never would have pictured ryan gosling as ken but you know what? He’s perfectly he looks like a gay bimbo here and that’s how ken should be.” A fan was less excited. “am i the only person that thinks this ryan gosling and ken role is not a fit????” they asked.

A fan of the actor stated that they adore him, but not in the role of Ken.

The Greta Gerwig-directed film is shaping up to be a strange yet intriguing experience for moviegoers who are curious to know what kind of film it will be. Barbie is only a line of toys from Mattel, but no matter who the characters are, you can create moving, funny, and thrilling stories with her. Toy Story and the Lego Film franchises are also excellent examples.

Continue Reading
You may also like...
Related Topics:Ryan Gosling