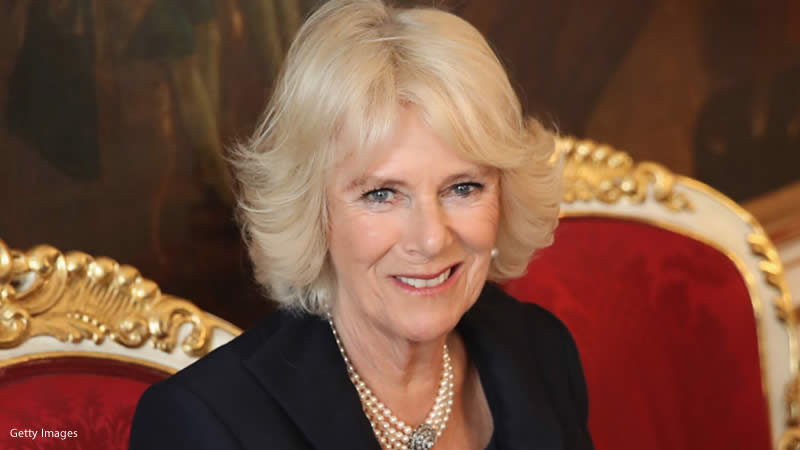 Camilla Parker Bowles gave her first interview since it was announced she will one day be queen.

Camilla Parker Bowles has called her formal promotion to queen-in-waiting “a great honour,” pledging to use her position to continue to raise awareness about the “taboo subject” of domestic violence.

Camilla, 74, made her remarks in an interview with Woman’s Hour, a long-running BBC radio show.

It was the first time she had spoken openly about her new role since Queen Elizabeth, 95, issued a statement on the 70th anniversary of her accession to the throne, expressing her “sincere wish” for Camilla to be named queen consort when her husband Prince Charles takes the throne in “the fullness of time.”

Although there has long been little question that Prince Charles would seek to make Camilla queen, the timing of the queen’s unilateral support was surprising, despite the royal family’s longstanding promise that Camilla would be known by the lower title of princess. Out of respect for the memory and position of his first wife, Diana, who died in 1997, she engineered this compromise when she married Prince Charles in 2005. Camilla has adopted the title Duchess of Cornwall instead of Princess of Wales, like Diana did, since her marriage to Charles.

When asked about her elevation by interviewer Emma Barnett, Camilla said, “Of course, it’s a great honor, it couldn’t be anything else.”

She said that her position would help her keep the issue of domestic violence in the media spotlight saying, “I’m going to keep up with these causes. You know if I start something like this, I’m not going to give up… I hope I should be doing it for a lifetime.”

“We do need to help culture change. And I think we have to start at the beginning, I think children at school have got to be taught respect.

“We have got to go back to the beginnings and… just build up this idea that you have to have respect for human beings, it’s lack of respect.

“It’s treating women like chattels and people thinking they can get away with it. I’m sure a lot of people do it and think that there’s nothing wrong.

“I don’t think (the issue of abuse has) got any better. I think the lockdown was terrible because people actually couldn’t escape. And you see the numbers have gone up.

“But on the other hand, I think it’s drawn a lot of people’s attention to it. I think it’s talked about much more now.”

Camilla, who recently caught COVID, also spoke about this summer’s diamond jubilee celebrations, saying they would be an opportunity to party, commenting, “It’s always lovely to have something happy to look forward to, isn’t it? I mean, we’ve all been through hard times. We’ve all been locked away from our family and friends. And now we could all get together again and celebrate.”

During the show, Camilla was reunited with Diana Parkes, a domestic abuse survivor she had previously met, whose daughter, Joanna Simpson, was killed by her husband in 2010.